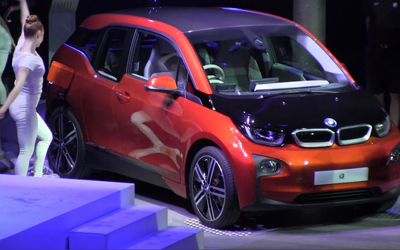 Formula E and BMW have announced that they are finalizing a partnership agreement to see the automotive firm become the Official Vehicle Supplier of the championship.

If all is agreed, BMW will supply a fleet of electric and hybrid vehicles to be used as course, medical and VIP cars at all Formula E races.

Jörg Reimann, Vice President BMW Brand Experience, said: “We have watched with great interest the continued growth of the new FIA Formula E Championship and the potential it has to significantly increase the interest in sustainable mobility.

“As a global manufacturer at the forefront of innovation and technology, BMW regards Formula E as a great platform in which to showcase our range of fully-electric and hybrid vehicles and to align our common goals.

“We are working on an agreement to finalise this partnership.”

The news was revealed at the Roundhouse in north London, where Formula E celebrated their official launch.

Formula CEO Alejandro Agag, said: “We are very proud and excited that a manufacturer such as BMW wants to be involved with the Formula E series.

“I think that the all-electric i3 and i8 will make fantastic official vehicles and I can’t wait to see them on track at the first round in Beijing on September 13.”