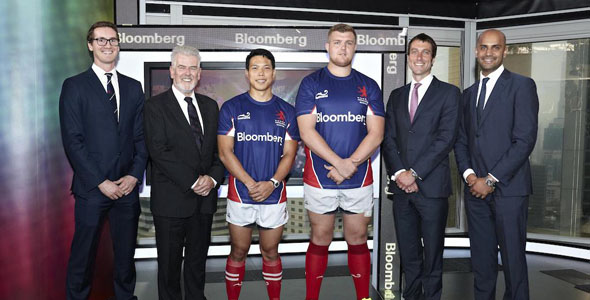 As part of the deal, the Bloomberg logo will be embalzoned on the front of their jerseys next year.

Hong Kong Scottish has just concluded their most successful season to date, where they twice held the Broony Quaich and reached the Grand Championships semi-final.

“We were determined to partner with a strong global brand and we found Bloomberg to be the right fit,” said Dave Whiteford, General Manager of Hong Kong Scottish. “Bloomberg’s track-record of supporting local community initiatives impressed us and we wanted a sponsor that understood our potential.”

“Hong Kong Scottish has always been an integral part of grassroots rugby in Hong Kong and we are proud to support such an esteemed club,” said Taran Khera, Bloomberg’s Head of Hong Kong Sales. “Our recent sponsorship of the HK Fanzone at Hong Kong 7s was a huge success and we wanted to do more to support the local community as part of our long-term commitment to the Hong Kong market.”