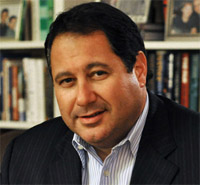 I strongly believe that all companies, regardless of size, should support blogging on multiple levels, because a blog should be the sliding glass door to the soul of an organization. In sports, it’s even more true. Not only is it a great opportunity to engage with fans, but it’s also a mechanism to increase avidity. In sports, fans dwell at varying levels of fandom that often magnifies when a team is winning, and wanes when a team is loosing. Unfortunately, when a team leaves it to just what happens on the field, they are at a competitive disadvantage. Embracing blogging about the team in various areas will aid in the area of mimicking winning.

Just because a team may have lost in their arena of play, it doesn’t mean they are losing in all areas of the organization. It’s an owner’s job to make sure all areas of the franchise are being represented properly and receiving proper accolades. The more fans know about what an organization is achieving, the more effectively they can drive fan avidity. I fully understand that the players, coaches, and performance on the field has a dramatic effect on the fans who follow the team, but if that area is lacking, a team shouldn’t just throw up its arms in defeat.

This is why all owners, some executives, coaches, players, and designated personnel at the team should be blogging on different perspectives of the organization. The transparency they provide will help fans connect on multiple levels beyond what is happening on the field. These multiple touch points to the organization will add layers of devotion from groups of fans that will aid in solidifying lasting relationships beyond wins and losses. Many teams have found other mechanisms to do just that; however, blogging should not be over-looked. Blogging will increase fan avidity.

So if that is the “Why” teams should blog, what are the “Who” and the “What” of blogging at a team? Here are this former team CMO and sports broadcaster’s thoughts on who from a team should blog and what they should cover:

1) Owners: All owners need to take the elevators down from their ivory towers and luxury suites and write a post on a regular basis to inform fans about what is happening at the team. The owner should cover the complete depth and range of the team to provide insight on all aspects of the club. The topics should range from interaction with players to a new marketing initiative or charitable endeavor. The buck stops with the ownership. Giving fans the owner’s perspective about what is happening at a team will not only provide a unique view into the team, but will also endear ownership to the fans, as long as the writing is genuine and not full of team spin. You have a PR department, let them put the spin out there ~ you should be real.

2) Business Executive: There should be blog posts from someone on the pure business side of things letting fans know what is going on, why moves were made, or why there were changes to programs and initiatives. This communication with the fans should provide a deeper understanding of why the organization has made certain decisions. Executives may feel they would be giving up trade secrets, but the reality is that once the deal or decision is made, you are better off talking about it than to leave it up to others to speculate. The information and transparency will actually give you more control over the message. Again, as long as it’s not purely PR.

3) Coach and Players: There also should be posts from coaches and players discussing various elements of what the team was trying to accomplish in practice, in the field of play, and in the community. This should not be the sound bites that you hear on the news or the stats of the game; that’s what reporters are for. This is the perspective from those actually in the action, what was seen while a play was unfolding, why a play was called, why assignments were missed. This should include more in-depth details that do not make it to the news reports. I know this is treading on sacred ground, and many coaches like to play it close to the vest, but you are smart guys who know plenty of details that are interesting to fans that do not compromise your chance of winning or take away the edge.

I think if you have some combination of those three groups, letting folks deeper into the hallways of the organization, you will find fans not only engaging and embracing the team more, you will also see more loyalty from them in the tough times. Many organizations have PR information, internal news vehicles, in-house shows, and other ways to share information; those should continue because they serve a purpose for fans and are great ways to share information, but all teams should go deeper with more intimate ways to portray the organization, and blogging is a fantastic way to accomplish just that. If you let them in, they will most likely stay for the long haul.

Lou Imbriano studied at Boston College, where he is now a Professor of Sports Marketing, before he began his career as Executive Sports Producer at WHDH in 1987. Between 1997 and 2006 he was Chief Marketing Officer of The New England Patriots. He held the position of Chief Operating Officer at MLS club, New England Revolution between 2001 and 2005.Since 2006 Imbriano has been President and CEO of TrinityOne, a Marketing Strategy and Business Advisory Consultancy that helps businesses, particularly in the sports industry, to attain and retain customers.

Lou is also an advisory board member of iSportconnect.