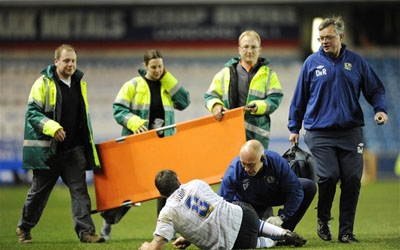 This will see the locally-based company back the club’s squad of medics and physios.

The move means club doctors and physios will now wear Chase Templeton branded kit as they tend to injured players on the pitch.

The stretcher at Ewood Park will also bear the logo of the company.

“It’s great that Chase Templeton have dug deep to back their local club in what is clearly quite an unusual sponsorship deal, ed ” said manager Gary Bowyer.

“Our medical team play an absolutely vital role in maintaining the peak fitness and swift recovery from injury of the squad, asthma much of it behind the scenes, so it’s great that they’re receiving such recognition and support.”

Warren Dickson, chief executive officer at Lower Darwen headquartered Chase Templeton, said: “It’s an absolute privilege to be able to support Rovers, a club which lies right at the heart of the community here in Blackburn.

“We hope this sponsorship deal is just the first of many as we look to develop a deeper, long-term relationship with one of the country’s oldest yet most forward-thinking clubs.”