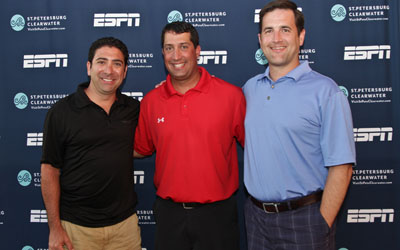 ESPN Events, a subsidiary of ESPN, has announced BitPay, the world’s leader in business solutions for the bitcoin digital currency, as the new title sponsor for the annual college football postseason game played in St. Petersburg (Fla.).

Beginning with this year’s December 26 game, the bowl will now be known as the Bitcoin St. Petersburg Bowl. BitPay will serve as title sponsor for three years through the 2016 game.

“Our goal is to continue to move bitcoin into the mainstream and sponsoring the St. Petersburg Bowl offers us that opportunity,” said Tony Gallippi, Executive Chairman for BitPay. “College football fans and the bitcoin community represent a similar target demographic – tech-savvy men between the ages of 18 and 40.”

The 2014 game will be played on Friday, Dec. 26. The game, which will once again air on ESPN, is in its first-year of its new conference affiliation with the Atlantic Coast Conference (ACC) and the American Athletic Conference.