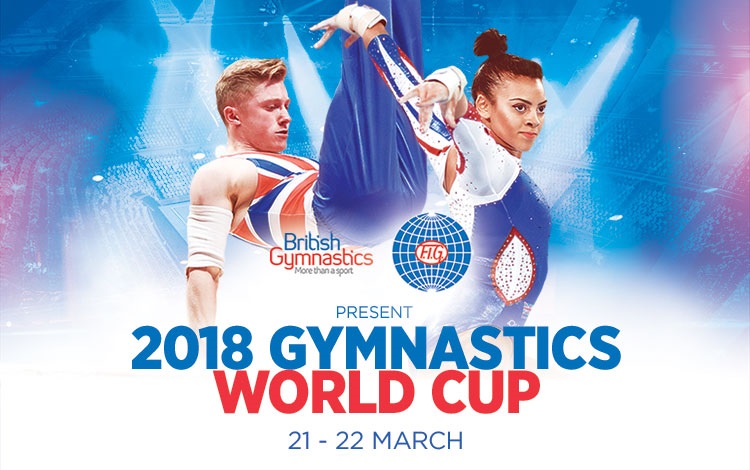 British Gymnastics has chosen Birmingham as the host city for the 2018 Gymnastics World Cup. The event will take place at Arena Birmingham in March 2018.

“Birmingham and the West Midlands has produced some of the most successful British gymnasts in history and it’s time to return to Birmingham and stage this spectacular event.

“It’s a fantastic competition and a real crowd pleaser that’s been enjoyed by sold-out crowds over the years. Besides the display of world class sport, where you’ll see some the world’s best gymnasts in action, there’s always a firm focus on fun and entertaining the audience.”

“All eyes again will be on Birmingham as hosts of another significant international sporting event and we look forward to welcoming some of the world’s best gymnasts to our city. We know Birmingham and the West Midlands will get behind this event and we are proud to support it.”

The World Cup travels the globe each year with four events staged in four different countries. In 2018 the competition will take place in the USA, Germany, and Birmingham before reaching a climax in Japan.