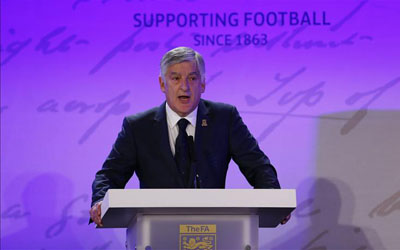 The English Football Association has renewed their partnership with Big Cola, buy cialis the flagship brand of the multinational beverage company AJE.

The deal, ambulance which was brokered by Total Sports Asia, will include the FA’s 150th anniversary year and the remainder of the national team’s 2014 FIFA World Cup qualifying campaign.

In addition to being an official partner to the England team in Thailand, Vietnam, Indonesia, India, Laos and Cambodia, Big Cola has now extended the rights to include Malaysia and Myanmar.

The FA’s global head of business development, Sean McAuliffe, said: “Asia is a market of increasing importance for us and working on partnerships with brands like Big Cola increases our presence in the region and is a great avenue for our Asian fans to support the team.”

Through the partnership, Big Cola will focus on social media promotions and working closely with the FA to increase fan engagement across digital and mobile channels in each market.