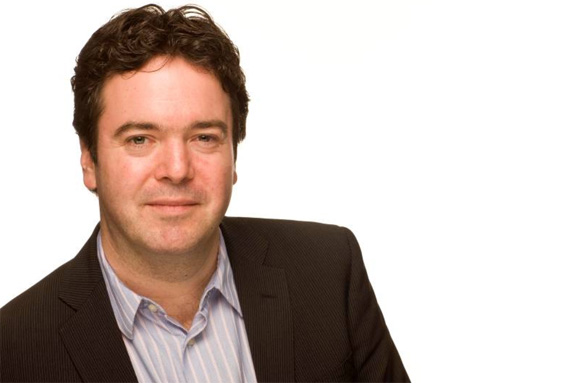 Ben Gallop leads the department which looks after BBC Sport’s new media services. He has responsibility for bbc.co.uk/sport – which is the largest sports website in the UK, with an average weekly audience of around 10m unique users – as well as BBC Sport’s ever-popular interactive TV and mobile services. In addition to his new media role, Ben Gallop also heads up the BBC’s Formula 1 operation across all platforms. He is also heading up the broadcaster’s Digital Olympics project, which will help scope editorial and technological strategy for London 2012.

He joined the BBC in 1998, first working for BBC News before being appointed Sports Editor on the launch team for the BBC Sports website. Before that he worked for a number of years as a journalist for BSkyB and the Press Association, having started  his career in local newspapers.

How do your two roles – interactive and Formula 1 – tie together?

I have been running the New Media part of BBC Sport for a number of years and when Formula One came back to the BBC there was a view that we needed to make the New Media bit really at the heart of it.

It was a new sport coming back to the BBC and there was just an opportunity to do it in a different way so I was given the responsibility for all of Formula One.

I would say there are two distinct roles of my job – first is to look after all the digital services for all of the sports and the other one is to have particular responsibility for F1 across all of our services.

Has the success of Formula 1 on the red button, post-race interaction and so on provided a pilot model for other sports coverage?

It is certainly something that we were very keen on right from the start of the 2009 season, to do some new things with our digital platforms – so the red button forum has been a huge success with the Formula One audience. If that can serve as a template for other sports then that is great. Obviously at BBC Sport we are always looking to move our services on to be ahead of the game.

As many sports look to 3D, F1 is still not even in HD.  Would you like to see that changed?

The decision to go HD or not is down to the rights holder to Formula One management – they produce the feed that the BBC uses – but I would like to see F1 go HD and at some point I’m sure it will happen. We are talking regularly with Formula One management and we are making it clear it is something that a certain segment of our audience wants to see. They seem to be listening and we just have to wait and see when it happens.

How important is it to your viewing figures having British drivers challenging for the title in recent seasons?

I think it is important, there is a hardcore audience who watch Formula One no matter who is winning but there is no doubt that having a close championship makes more people watch – and then having a British driver right at the very top will bring even more people there.

There are all kinds of ingredients that you need to make a sport very successful in terms of audience figures. This season it has been incredibly close and we have had five drivers in with a shout of a championship going into the last few races, and that has meant our audience figures have been really good.

If you look back to the early part of this decade when Michael Schumacher was winning the championship every season viewing figures were dropping to an all time low really and it has been picking up since then. The last season when F1 was ITV and Lewis Hamilton won the championship there were big audiences and those audiences increased again last season when Jenson won.