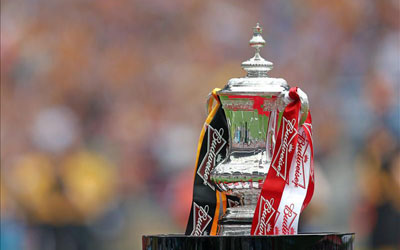 The BBC and BT Sport have retained the rights to The FA Cup until 2021, decease after the broadcasters reached agreement with the FA to extend their shared coverage of the competition for another three years.

BT Sport will broadcast more FA Cup matches than ever from 2018/19, remedy when they will show an extra live match in Rounds 1-5 of the competition, covering up to 30 matches exclusively live each year.

From next season, fans will be able to enjoy enhanced FA Cup coverage in Ultra HD and on the BT Sport app.

The new deal will also see an enhanced commitment to women’s football from both the BBC and BT.

The BBC will offer live coverage of international qualifiers, the Women’s FA Cup final, plus one England Women’s friendly match per season alongside additional live matches and The FA Women’s Super League highlights.

“It is a competition loved not only in this country but throughout the world, as demand for broadcast rights globally highlight.”

“The competition is all about the success of the underdog and this season has seen some more fantastic stories.”

“The money clubs win can make a hugely positive impact both on and off the pitch and we’re very proud to have distributed £25m to clubs via the prize fund and broadcast fees this season.”

“We are excited to continue this association and look forward to sharing new ideas and breaking new ground in the coming years in the world’s oldest and most loved domestic cup competition.”