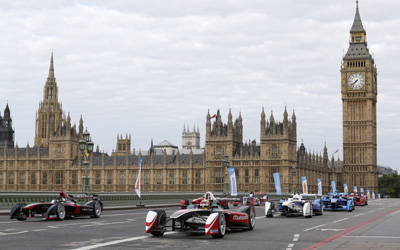 Battersea Park has been named as the race venue for the London ePrix during the inaugural Formula E series.

The announcement was made at the official global launch of Formula E at the Roundhouse in Camden, north London last night, with the race set to act as the season finale for the first season.

Formula E is a new International Automobile Federation (FIA) championship that features Formula cars powered by energy and London Mayor Boris Johnson was happy to have a race in the capital.

“Fast, fun, and no doubt furious, the FIA Formula E Championship race in London is set to provide an awesome addition to the capital’s sporting calendar,” said Johnson.

“Hosting the championship final of this all electric race is a fantastic feather in our city’s sporting cap.

“It shows that there is great confidence in London’s ability to stage the biggest and the best global sporting events, which play such an important role in boosting our economy and our international reputation.”

Formula E will begin in September 2014 and the championship will compete in the heart of 10 of the world’s leading cities – including London, Beijing and Buenos Aires – racing around their iconic landmarks, including the Bird’s Nest Olympic Stadium in Beijing.

During the launch event, a number of Formula E initiatives were also announced, including a fan vote that will benefit drivers.

The championship’s Fan Boost will allow viewers to vote for their favourite driver which will give them an extra speed burst during the race.

Formula E CEO Alejandro Agag spoke of the importance of changing attitudes to electric cars and engaging the youth in the championships, with the Fan Boost being seen as a way to do this.

Speaking at the launch, Agag added: “Tonight has been a very special milestone in the journey of Formula E and I’d like to thank everyone for their continued support.

“We are very excited about the start of the season and very pleased to be taking further steps forward by announcing new partners, drivers and of course our London race venue.”