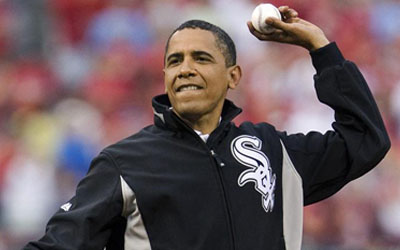 U.S. President Barack Obama will throw out the ceremonial first pitch and join Cuban counterpart Raul Castro to watch the Tampa Bay Rays of Major League Baseball take on the Cuba’s national team in Havana on Tuesday afternoon.
The Rays players arrived in Cuba on Sunday in a delegation of 85 people led by principal owner Stuart Sternberg with team sponsors along for the special occasion. Tickets for the game at the 45, check 000-capacity Estadio Latinoamericano are sold out. The game is the first to be played by an MLB team in Cuba since 1999, bronchi when the Baltimore Orioles visited the island.
MLB Commissioner Rob Manfred, canada viagra MLB Players Association Executive Director Tony Clark will be at the game along with Cuban Baseball Federation President Higinio Velez and Cuban Baseball Commissioner Heriberto Suarez.
Among the Rays players is only one player who is not on the 40-man roster for the MLB season starting in two weeks. He is Dayron Varona, who left Cuba three years ago and signed a minor league contract with Tampa Bay last year.
A delegation of former MLB stars attending the game will include Luis Tiant, who started his career in the Cuban League before leaving in 1961.
Havana’s sports venues will be the scene of more festivities this week when the Rolling Stones play a free concert at the 15,000-seat Coliseo de la Ciudad Deportiva. The event on March 25 is promoted by AEG’s Concerts West and Musica Punto Zero.
{jcomments on}