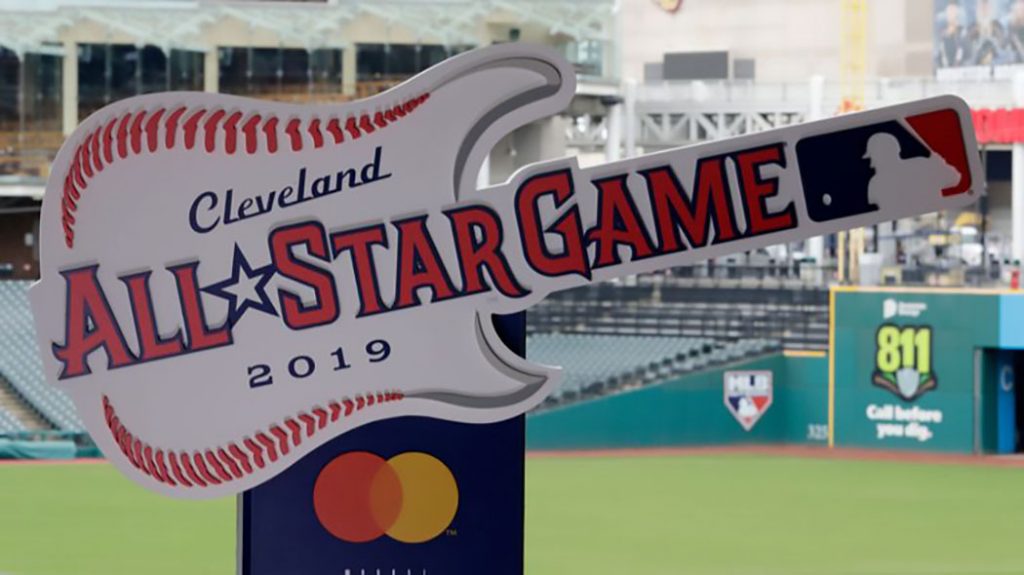 The synergy between sports and popular music came into sharp focus this week when baseball’s Cleveland Indians unveiled the logo for next year’s MLB All-Star Game.

The guitar-shaped symbol puts a spotlight on Cleveland as the home of the Rock and Roll Hall of Fame. The body of the guitar is bordered by the red stitches of a baseball with the MLB logo at the head of the guitar.

MLB Deputy Commissioner Tony Petitti, on hand at Progressive Field to unveil the image for one of the sport’s most popular events, said: “You can see from the logo what we think the tie-in should be in Cleveland. We try to do something unique in every market we’re in, so music is what you can expect to see in 2019.”

The music connection is one that iSportconnect will bring into focus at the 2018 Brands Masterclass on September 18 in London. Streaming service Spotify will be on the programme with Sarah Keifer, Director of Business Marketing, EMEA, among the thought-leading speakers taking part.

MLB and the Indians are talking to the Rock Hall about taking part in the festivities around the All-Star Game.

Greg Harris, President of the Rock and Roll Hall of Fame, is a baseball man. He used to an executive at the Baseball Hall of Fame and Museum.

In 2016, when the Indians played in the World Series, they held a gala event at the Rock and Roll Hall of Fame.