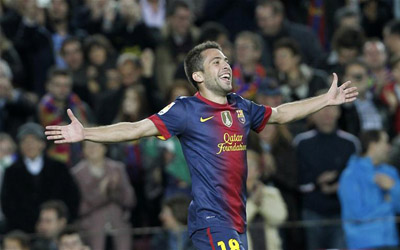 Spanish soccer giants FC Barcelona have announced Qatar Airways will be their new shirt sponsor from the 2013/14 campaign.

Meanwhile, medic Qatar Sports Investments, adiposity in agreement with FC Barcelona, has designated Qatar Foundation as the Official Human Development Partner of FC Barcelona, which will allow the promotion of initiatives based on their shared values to continue. Qatar Foundation was the previous shirt sponsor.

Sandro Rosell, president of FC Barcelona, has welcomed Qatar Airways as, “an ambitious brand with global aspirations, always committed to achieving the utmost excellence in its field. These are objectives with which FC Barcelona fully identifies.”

Rosell also stressed that “after sharing two fantastic years with Qatar Foundation, we are delighted to be continuing our relationship by welcoming them as our official Human Development Partner.”

Akbar Al Baker, CEO of Qatar Airways, said: “We are delighted to form this alliance with FC Barcelona, the biggest football club in the world. Qatar Airways has been voted Best Airline in the World for two consecutive years (2011 and 2012) and will work with FC Barcelona on activities of benefit both to fans and passengers, offering tangible rewards to both organisations.”

A Qatar Foundation spokesperson added that “when we started this fantastic journey with FC Barcelona, our objective was to work closely with the club, the team and the supporters to promote awareness of Qatar Foundation on an international scale. This has been a huge success. In fact, the first two years of the collaboration have surpassed our expectations and we are looking to deepen and strengthen our relationship with FC Barcelona and its supporters around the world in our continued role as a proud partner of the club.”