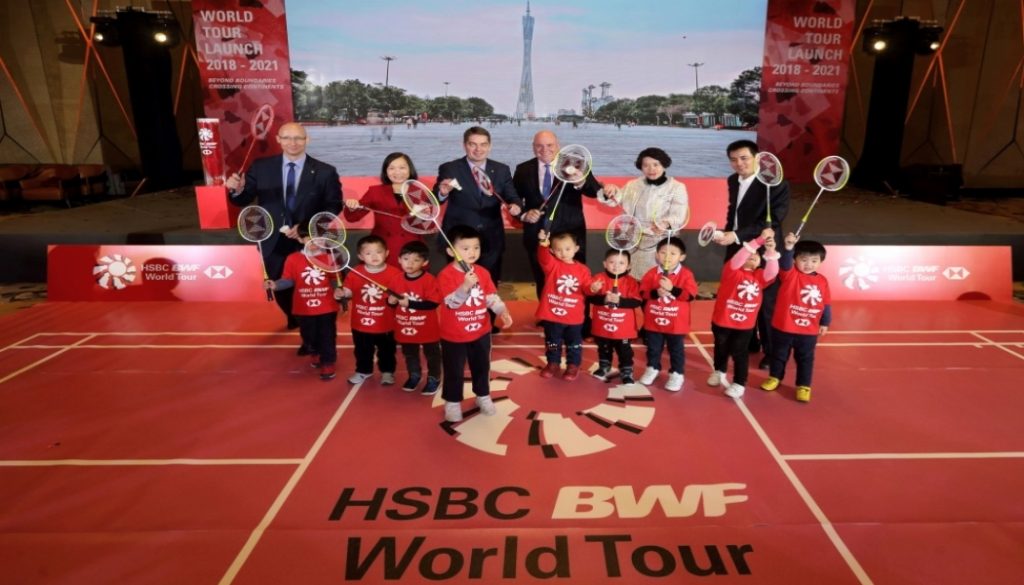 The Badminton World Federation (BWF) has announced HSBC as its principal global partner in a move the federation hopes will help “catapult badminton to unprecedented heights.”

As part of the partnership, HSBC will have a corporate presence across BWF’s events – title-sponsoring the new HSBC BWF World Tour and the HSBC BWF World Tour Finals for the next four years as well as becoming Premier Sponsor for the BWF Major Events (World Championships, Sudirman Cup and Thomas & Uber Cup Finals).

BWF further revealed that Guangzhou will be home to the HSBC BWF World Tour Finals for the 2018-2021 tournament.

BWF president Poul-Erik Høyer, said: “This is a significant milestone in our federation’s history. We are stepping boldly into the future with a partnership that will define badminton for the ages.

“HSBC enjoys a cachet that is the envy of the banking world. It has distinguished itself across the panorama of sport as a brand of excellence – a brand with which BWF is proud to partner. We are partnering with HSBC because we are committed to being the world’s sport.

Helen Wong, chief executive Greater China of HSBC, said: “HSBC is excited to help grow this popular sport across Asia and beyond, through this global partnership with the BWF. Supporting the new HSBC BWF World Tour, we hope to develop deeper relationships with athletes, fans, customers and employees on every stop, including here in Guangzhou.

“The Pearl River Delta is an important market for HSBC and it’s great to see Guangzhou being celebrated as the new home for the HSBC BWF World Tour Finals. Through this partnership, we look forward to supporting badminton at all levels.”

Guangzhou City Government’s deputy secretary general, Zhang Jianhua, added: “It’s Guangzhou’s honour to host the Finals. It is a big responsibility and we will give our best with the assistance of BWF and CBA and with the public’s support. We will strive to have the best facility, organisation and service to ensure the tournament’s success.

“Badminton is a traditional sport in Guangzhou. The city has had eight World champions and two Olympic champions. There are millions of people learning badminton in Guangzhou and we hope more people will start playing badminton.”