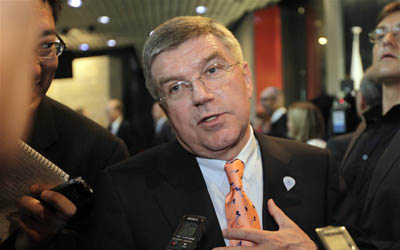 “In my judgment, you can’t leave a better legacy than giving young people a chance to dream of taking part in the Olympics…” Don Porter, former co-president, World Baseball Softball Confederation (WBSC).

– **MICHAEL PIRRIE, who led the global media communications strategy for the WBSC’s successful bid to be part of the Tokyo 2020 Olympic Games, outlines what the new Olympic sports announced in Rio overnight mean for the Olympic movement, and how baseball and softball were reimagined as Olympic sports

IOC President Thomas Bach may not know the lyrics or music of Alice Cooper’s rock classic ‘Department of Youth’ in any detail, if at all, but the anthem to youth power could have provided the soundtrack for the IOC session’s historic vote to usher in five new sports events for the Tokyo 2020 Olympic Games.

In response to the rhetorical question posed in the rock hit of who holds power, Cooper’s chorus emphatically points to young people, the key audience for his rock music albums and concerts, and now especially for the Olympic Movement under the Bach presidency.

The change in direction is much needed and testament to the scale and speed of reform under way in the Bach era.

IOC TELLS YOUNG PEOPLE GAMES ARE FOR YOU !

The new sports will shift the attention and direction of the Olympic Movement firmly towards young people, and help the Olympics to hit the right notes with the world’s youth.

The decision will help to reverse the ageing demographic of the Olympics and ensure the sports schedule is better aligned with the interests of youth, identified by the founder of the modern Olympic Movement, Pierre de Coubertin, as the core Olympic audience.

Never before has the Olympic sports competition schedule undergone such  extensive and rapid transformation in such a planned and strategic way, focussed on welcoming new generations of young people to the Olympic movement.

The inclusion of the new sport events – from baseball and softball to surfing, skateboarding, climbing and karate – will ensure that at the end of the Rio Games when and the IOC President calls on the youth of the world to gather in four years time in Tokyo, young people will be listening more closely than they have for many years.

The block of new sports events passed under Bach’s leadership is the International Olympic Committee’s message to the world’s youth that the Olympic Games are for you!

The vote of support for the new sports is also well timed, coinciding with the imminent launch of the new Olympic Channel, another key plank in Bach’s Agenda 2020 modernisation platform, which includes a massive new digital ecosystem of online Olympic programmes to engage young people like never before in sport through the technologies they most prefer and enjoy.

The youth and business cultures that support the new Olympic sports with  sophisticated social media presence and on line commercial services and products will also bring much greater visibility,  energy and opportunities to promote the Olympic brand.

This is in dramatic contrast to some current existing Olympic sports that provide emotional links to sporting antiquity, but otherwise remain on the endangered sports list between Olympics.

The change in composition of the Olympic sports schedule has been a long time coming, and heralds a pragmatic shift in understanding of the diminishing role and relevance of sport in sections of modern society and the lives of young people, increasingly at risk of preventable life-style disease and illness.

It also recognises the need to provide more opportunities for more young people to compete for their country at the highest level in the sports the most prefer.

The Winter Olympic Games schedule already includes more sports popular with younger athletes such as snowboarding and its variations due to the work of former IOC Sports Director Christophe Dubi, but the much larger Summer Games has struggled with the exception of Mountain Bike and BMX Cycling until Bach’s much needed intervention and focus.

While the new sports cluster will help to modernise the Olympic Games, the Olympics will be a Games changer for the sports involved.

There is no event that can transform a sport faster than securing a place at the world’s most spectacular sporting event, the Olympic Games, which provides the biggest global platform for sports to showcase themselves to new audiences, potential new sponsors, broadcasters, investors and governments looking for new opportunities to bring quality sporting events to their cities and countries.

Spots on the Olympic sports competition schedule however are extremely rare, and when vacancies do occur they are always strongly contested.

Baseball and softball’s fortunes have already changed the most – from Olympic outcasts in 2008 to now the biggest sports at the 2020 Games in Japan where they are the national sporting and cultural phenomenon.

The scenes of jubilation and celebration that greeted news across Japan that baseball and softball would be Olympic sports at the Tokyo 2020 Games were however the culmination of many years of work.

After three failed attempts in recent years, the chances of qualifying for the 2020 Games seemed remote to many, but a comprehensive new Olympic 2020 bid campaign initiated in 2012 paved the way for baseball and softball’s dramatic return to the Olympics.

I remember how those calls would sometimes end with recent WBSC co-president, Don Porter, referring to a box of letters on his desk from hundreds from girls all over the world heartbroken when softball was dropped from the Olympics in 2008. Don said he kept the letters as a constant reminder during our bid campaign of the ultimate goal to give young people a chance again to play baseball or softball at the Olympics.

I knew from my experience on the London 2012 Olympic Games Bid Committee that this was not going to be a sports popularity contest, but a process designed to identify which sports could best help the Olympic Movement to remain credible and relevant in contemporary society.

Communications strategies were developed to demonstrate how baseball and softball could strengthen the Olympic Movement, and help the Olympic Games remain the world’s most inspirational and valued peacetime event.

Small teams of ambassadors with strong knowledge of the sports and WBSC’s Olympic strategy including past and present players such as Venezuela’s softball player Maria Soto – WBSC president Riccardo Fraccari was a former baseball umpire – helped to correct outdated perceptions of the sports, highlighting the growing global appeal of baseball and softball beyond the US, spreading deeper into Asia, Europe, Africa, and the Middle East.

The diversity of the two sports, played by about 65 million people at all levels in more than 140 countries, was also highlighted along with the increasing popularity among young people and especially women in Muslim countries and communities, and particularly in Japan where baseball and softball provide the catalyst to unite the entire host nation behind the Tokyo 2020 Games.

One of Fidel Castro’s sons, Antonio Castro – a WBSC official, surgeon and once a talented junior baseball player, who impressed many during the Olympic bid campaign as a potential IOC member – spoke about the power of baseball as a source of community and personal hope for Cubans and catalyst for the improving US-Cuba relations, while Japan’s baseball home run hitting legend, Sadaharu Oh told how baseball had helped in the rebuilding of Japan after World War 2, reflecting highlighting the important role of sport in society, a key theme of the IOC under Bach.

The proven capacity of the bat and ball sports to sell out tickets and fill large venues to capacity, generate revenues, attract sponsors and inspire national interest and support means that baseball and softball will have the greatest impact of the new sports at Tokyo.

The Olympic youth revolution under Bach is not over yet as future Olympic host committees, like Japan, will have the opportunity to nominate other non-core sports for inclusion at the Games they deliver, meaning new sports could rotate between and across multiple Games.

Key Olympic sports like track and field are also planning to take events to inner city and urban street settings and spaces popular with youth to give young people and the wider community more memorable and relevant sports experiences.

Don Porter can perhaps remove the box of letters on his desk from disappointed girls around the world now softball has been returned to the Olympics along with baseball, accompanied by surfing, sports climbing, karate, and skateboarding giving new hopes and dreams for young people with aspirations to one day go to the Olympics.

**Michael Pirrie is an international major events media and communications strategy adviser and commentator on the Olympic Games. Michael was international media and communications strategy adviser to the WBSC campaign for Olympic inclusion and former executive adviser to the London 2012 Olympic Games Organising Committee,and led the international media relations campaign for the London 2012 OlympicBid Committee against Paris, New York, Madrid and Moscow.