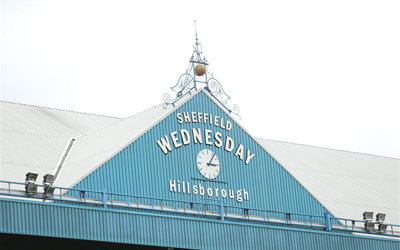 English Championship club Sheffield Wednesday FC have announced that an agreement has been reached which will see ownership of the Club pass from Chairman Milan Mandaric to Azerbaijani businessman Hafiz Mammadov.

Mr Mammadov, a former member of The Azerbaijan Football Association and current owner of FC Baku and RC Lens, has secured full control of the club.

He told the club’s website: “I am immensely pleased and proud to have agreed a deal to buy this wonderful Club.”

The founder and Chairman of the hugely successful Baghlan Group which specialises in oil, gas, construction and transportation commented further: “I am a passionate football fan with enormous respect for English football. I have been looking at investing in England for some time but I was determined to find the right Club.

“I am hugely ambitious and feel the Owls match my passion and desire for success and represent our motto of Azerbaijan Land of Fire. I promise the supporters I will work extremely hard to bring the success everyone so rightly craves.”

Chairman Milan Mandaric gave his reaction to the deal and explained his decision to pass control to the new owner, saying: “I am delighted to have concluded a deal with Hafiz, he is a true football man and I have no doubt whatsoever that I am handing over control to someone with a real passion for the game and the ability to carry on the work I started three years ago to return Sheffield Wednesday back to the top division of English football. It’s something that the wonderful supporters of this Club deserve having remained so loyal throughout the difficult times prior to my arrival.”

“On my first day at the Club I promised the supporters two things; firstly I would ensure that when I left we would be in far better shape than when I arrived and more importantly, that I would only hand over ownership when I found the right man for the Club and I sincerely believe I have delivered on both undertakings.”

The deal is still subject to ratification by the Football League.