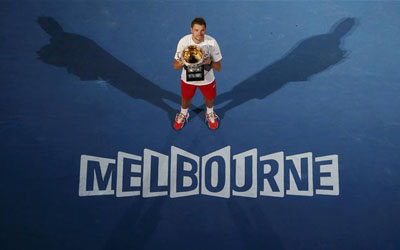 Organisers of the Australian Open have increased prize money for the men’s and women’s winners by 10 per cent, with each winner to pocket $3 million as the tournament champion next January.

The overall prize money is $36.3 million and Tennis Australia will outline how the money will be broken down in the next few weeks.

The newly-redeveloped Margaret Court Arena, complete with the facility’s third retractable roof, will be ticketed for the first time, at $60 for each day and night session for the first eight days.

Organisers have also acquired former world number one and the 2009 champion Rafa Nadal as an ambassador.

The Spaniard will work with Tennis Australia to hold a charity event on Jan. 14 at Margaret Court Arena in the leadup to the tournament.

“I like to think I’ve always been friendly with the Australian Open, but I’m excited it is now official,” Nadal said in a Tennis Australia media release.