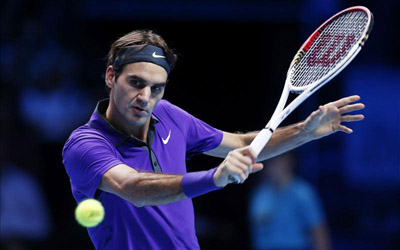 The ATP has confirmed fans who attended Sunday’s ATP World Tour Finals at London’s O2 Arena will receive a 60 per cent refund after not watching the final due to Roger Federer’s late withdrawal.

The Swiss had to pull out of the final against Novak Djokovic because of a back injury he received in his semi-final match.

The ATP issued an apology this morning for the “inconvenience caused” in a statement released on their website and said all customers from Sunday would receive a 60 per cent refund on their tickets.

The statement said: “Following the unfortunate circumstances that prevented the singles final from taking place as part of the final session of the 2014 Barclays ATP World Tour Finals, order all ticket holders who purchased regular tickets through authorised ticketing channels will receive an automatic 60 per cent refund.

“Customers will be contacted directly via their respective ticketing outlets with specific details on how they will receive their refund.

“Ticket holders for the 2014 final will also receive advanced access to purchase tickets for the 2015 tournament. Further information on how to take advantage of this offer will be sent out to all applicable customers in February next year.

“We apologise for any inconvenience caused, and thank you for your support of the season-ending Barclays ATP World Tour Finals.”