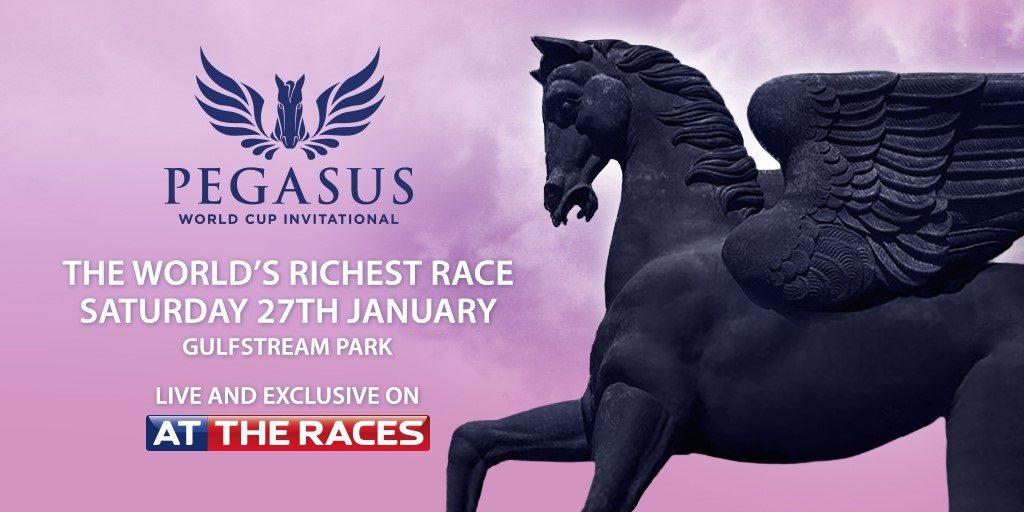 At The Races (ATR) has renewed a deal to broadcast exclusive live coverage of the Pegasus World Cup Invitational from Gulfstream Park on Saturday 27th January.

The event has been dubbed the ‘world’s richest race’ courtesy of a record-breaking $16 million purse that reflects a prize-money increase of $4 million.

Throughout January, ATR will build up to the event with regular news bulletins and previews, in addition to a specially shot feature focusing on Toast Of New York at Jamie Osborne’s Lambourn base. Attheraces.com and ATR app users will have access to exclusive editorial content from respected US pundits and other additional content.

ATR Director of Broadcast, Rob Dakin, said: “We’re delighted to once again secure exclusivity in the UK and Ireland for this coveted race, rubber-stamping our status as the home of top-class US racing.

“The outstanding achievements of horses like California Chrome, Arrogate and more recently Gun Runner have been hugely engaging for racing fans all over the world, so we’re proud to be a destination where these stories are told on broadcast, online and social media channels.”

Do you want to stay up-to-date with the latest developments in sports broadcasting? Sign up to iSportconnect’s Masterclass now!