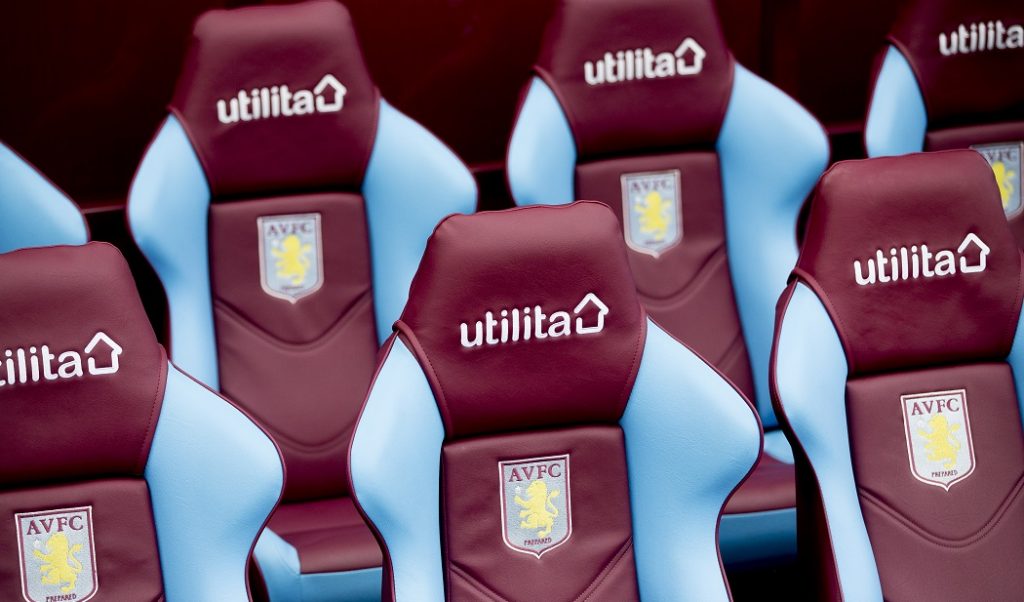 Luke Organ, the club’s Chief Commercial Officer, said: “Aston Villa are extremely pleased to welcome Utilita to a growing partner family. We are excited about building a relationship based on credence and data insight to drive benefit for our fans, our club and Utilita themselves.

“We look forward to working closely with the team to strengthen their brand and deploy advanced acquisition campaigns and to see some exciting programmes come to life.”

Shaun Underwood, Director of Utilita Commercial Energy, added: “Our offer to businesses is disrupting the energy sector as we finally give Britain’s hard-pressed SMEs the fairer, flexible and transparent energy offer they deserve.

“We are thrilled to welcome Aston Villa on board and to be powering such an iconic stadium such as Villa Park, as well as the club’s state-of-the-art Bodymoor Heath training centre.”

As part of the partnership, Utilita branding has been installed on the dugouts at Villa Park and will also be prominent next to each goal. The company will have their logo displayed on Villa’s LED perimeter signage and elsewhere on the club’s digital platforms.

Utilita was the first independent challenger to the so-called ‘Big Six’ energy providers in the domestic market and in 2008 became the first to install smart meters to help customers better manage their energy usage.

The company now has 555,000 domestic customers, 1750 staff and operates out of 11 geographic locations across the UK.