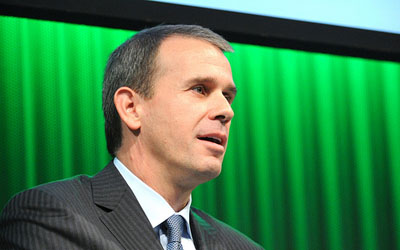 Aston Villa have confirmed that CEO Tom Fox has decided to step down with immediate effect.

Fox has been at Villa Park since 2014 after working at Arsenal as Chief Commercial Officer.

In a statement on the Aston Villa website, Mr. Fox said: “Joining Aston Villa was a huge privilege for me and while I’m bitterly disappointed by results this season, watching the Club compete at Wembley in the FA Cup Final last year is a memory I’ll cherish.

“I’m appreciative to the Board and the owner for the opportunity to help put Villa back on a solid footing and able to compete in the most competitive sports league in the world.”

“Aston Villa is a proud and storied Club which deserves to be among the elite in Europe and I have every confidence that it will once again find its way back.”

The Board will now commence its search for a permanent replacement. In the interim Steve Hollis will become the Executive Chairman.

Steve Hollis said: “The Board would like to place on record its appreciation to Tom for his many contributions and commitment over the last 18 months.”

“While the results this season have been disappointing he and his team have worked hard to put in place many changes necessary to put the Club on a more sustainable path for the future.”

“He leaves with our best wishes for the future.”