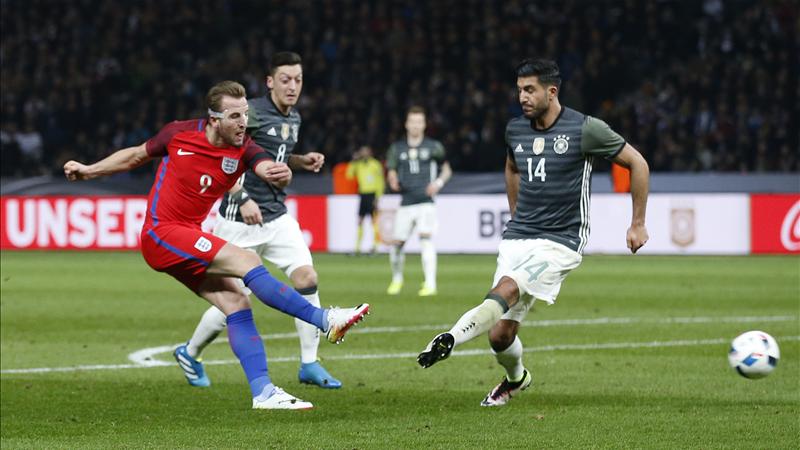 As soon as the English men’s team lose at major tournaments the recriminations usually begin. Why are we not as successful as other nations? We have the numbers playing the game, why do we not produce players capable of winning major tournaments?

The reasoning changes year to year, but one charge that keeps appearing is that England don’t produce as many quality coaches as the continental nations do.

The Head of Education at the Football Association Chris Earle has heard these claims many times. He is tasked with educating the countries’ coaches, from Sunday league teams to Premier League managers.

Earle’s answer to the charge that England doesn’t produce enough coaches is simple – it’s not correct. Instead the problem lies in how coaches of young players are treated.

“We’re usually criticized for not winning World Cups and other tournaments, due to the lack of coaches.We recently had a UEFA visit to the FA, a four or five day study looking at what we are doing. The findings of the UEFA group was we are one of the leading countries in Europe for delivering coaches.”

“I think what we don’t do particularly well is the deployment and reward of those coaches. Coaches in England don’t necessarily have that career pathway that they may do in Spain or Germany. So what we’re concerned with is that coaches at every level of the English game are as good as they can be, working with age specific groups”

This is the crux of Earle’s issue with English coaching. On the continent coaches of young players are cherished, and paid well, seen as a vital part of ensuring a club’s long term success. In the UK it is more seen as stepping stone to working with adults, with pay that reflects this.

Earle wants to see coaches with a talent for coaching young footballers celebrated, and offered chances to excel in that category.

“We don’t want coaches, in terms of their career pathway or kudos that they get, being forced to go through age groups and coach a leading or senior team. For example you do not want to take a fantastic classroom teacher away from the classroom by making them a head teacher necessarily. You want to keep them in the classroom. It’s the same principal we’re working on: keeping excellent coaches working with groups throughout the age ranges, whether they be eight year olds, 12 year olds, or 17 year olds.”

Earle also feels a badge seeking culture isn’t helpful to English coaches’ development. The two most significant coaching qualifications are the UEFA B and A licences.

They are unquestionably important steps in proving competence, but the feeling within the FA is that too many coaches focus solely on passing these exams, rather than learning and looking to become better coaches. Like any exam, there is a certain amount of box ticking and examiner pleasing that takes place. Earle wants to see the culture shift away from this and focus on learning.

“I think there has been this fixation with ‘getting my badges’, then I can get a job. We’re trying to change that. It’s a cultural change, it will take time. We need to encourage people to say that the coaching journey, is that, a journey. There will be hurdles in the way, that people have to get over to demonstrate their competence. But actually we’re trying to create an environment where people are curious all the time, learning all the time. It doesn’t matter if you’re a Premier League manager, who learns every day. You talk to anyone who has managed in the Premier League they will tell you it’s a learning journey, wherever you are, wherever you their experience is.”

While there is plenty of work to do be done in the coaching of young players, at an elite level, Earle’s job is a fairly simple one.

“I keep saying to people, I want owners of Premier League clubs not to have to dial international dialling codes when they are looking for their next coach or manager for their club.”

On that front Earle has some work to do. Of the 20 Premier League clubs, only six have permanent British managers (Eddie Howe, Alan Pardew, Alex Neil, Mark Hughes, Sam Allardyce and Tony Pulis).

“I would like to see the majority of managers in the Premier League from England, I want to make sure our English team managers are English, both men’s and women’s and all the way through the game”

English football fans will hopefully back Earle and his goals – with the hope that success off the pitch will be reflected on it.