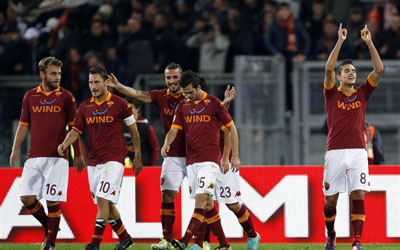 Volkswagen has been confirmed as an official partner and supplier of Serie A’s AS Roma.

This partnership brings together two world’s most prestigious brands, both of which have a long tradition and are known throughout the world.

The German brand  is part of a group that has a presence in 153 countries and produces cars in over 99 countries.

AS Roma through their new American owners have an ever increasing presence outside of Italy and Europe, which also leads to a higher level of awareness.

Volkswagen is in the process of successfully promoting the Think Blue philosophy, which recommends an environmentally responsible lifestyle, and not just at the wheel. Volkswagen represents the project Think Blue Factory setting that is also followed in all its product areas.

A.S. Roma, however, runs a number of initiatives targeting at families and children, such as family sector or children Fan Village outside the stadium. All these activities aim to bring children and families to return to the stadium.

Also in the field of youth sports, the partners are on the same wavelength. The youth section of the Yellow / Red is the most successful in Italy. In recent years, won many titles and many players are now in the 1st Team.