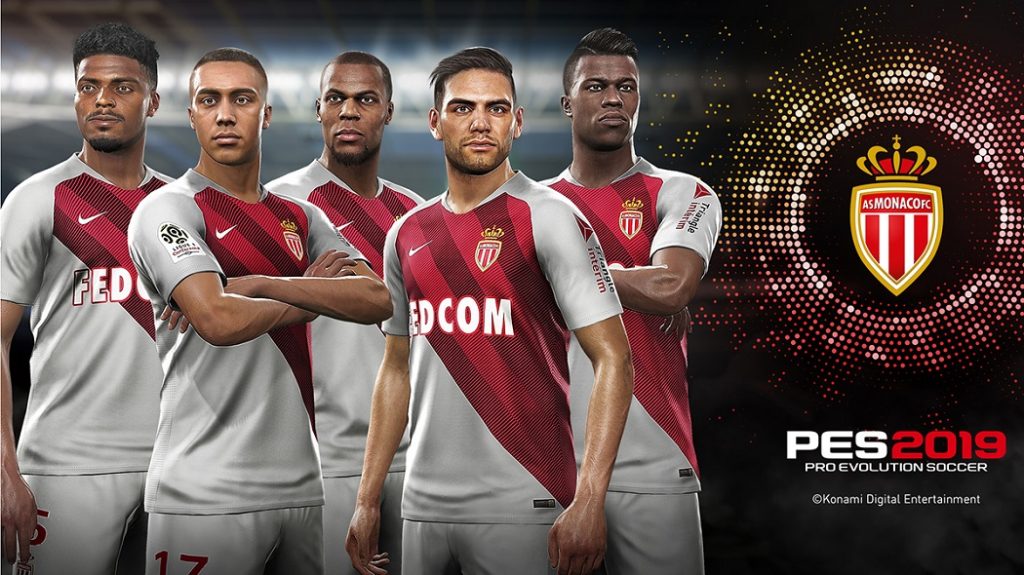 The Japanese entertainment and gaming conglomerate will make the Ligue 1 side, including its star players and Stadium Louis II ground, available via download in August after the launch of the forthcoming PES 2019 series.

Every member of the team will be recreated to include their player “style and stats”, while all kits will be “faithfully integrated into the game.”

Jonas Lygaard, Senior Director-Brand & Business Development at Konami, said: “This is a wide-ranging agreement with AS Monaco, which will see this illustrious club working closely with Konami across a number of avenues.

“In addition to working closely with the club to ensure they are perfectly recreated within the game, we are delighted that a player of Radamel Falcao’s calibre has agreed to become our local Ambassador. We look forward to a long and productive partnership that will show the scale and ambition Konami has for the PES series.”

Juli Ferre Nadal, AS Monaco Commercial and Marketing Director, added: “The growth of eSports and the reputation of the PES series make this partnership with Konami very exciting. We look forward to seeing AS Monaco players recreated within the new game, and our Captain Radamel Falcao featured on PES 2019 cover.”