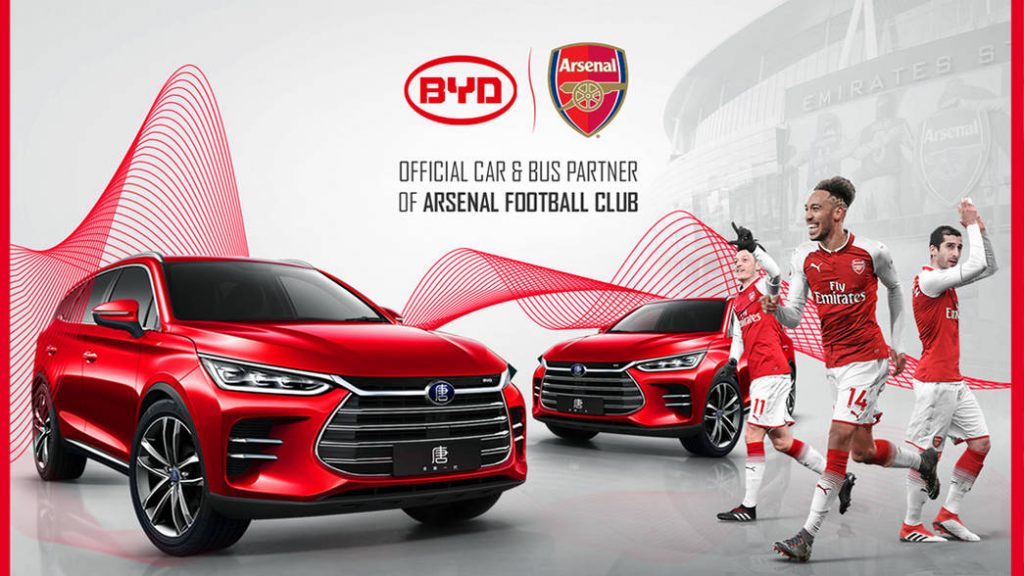 BYD will benefit from a variety of marketing rights including pitch-side and dugout seat branding at Arsenal’s stadium, The Emirates.

The two parties will cooperate to engage with Arsenal fans on social media, making use of the club’s 4.7 million followers on Chinese platform, Weibo.

Vinai Venkatesham, Arsenal’s Chief Commercial Officer, said of the deal: “Arsenal is one of the most popular football clubs in China and we are looking forward to supporting the ambitious global growth plans of BYD and helping them engage with the millions of supporters we have in China and around the world.”