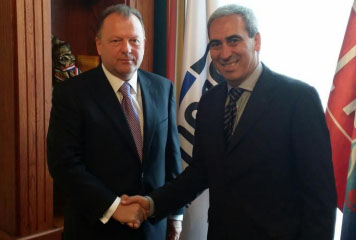 SportAccord has confirmed the the Association of the IOC Recognised International Sport Federations (ARISF) has become an official partner of the SportAccord Convention.

As part of the agreement,  ARISF’s logo will be present on all advertising material and ARISF will get a booth and the necessary delegate passes, rooms and meeting facilities. Finally, SportAccord agreed to pay to ARISF 10% of the dividends received from SportAccord Convention. ARISF agreed to commit to promote the SportAccord Convention on its web site, press releases and all media.

The meeting and the signing of the Memorandum was also attended by Prof. Fabio Pigozzi, President of the International Sports Medicine Federation (FIMS). On that occasion, discussions took place between ARISF, SportAccord and FIMS and it was agreed that these organisations will work closely together on their common goals, namely the protection of the health of athletes and the fight against doping in sports.