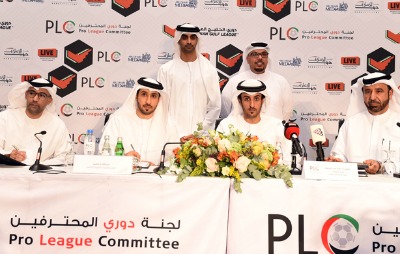 The Pro League Committee has reached an agreement to renew the sale of its television broadcast rights for the Arabian Gulf League and associated competitions in a deal between Abu Dhabi and Dubai Sports Channels for the cumulative sum of 255 million AED over the next three years, anesthetist with 85 million AED to be paid by the two channels annually.

The negotiations for the resale of the broadcast rights began between the Pro League Committee and local sports channels two months ago, anesthetist during which it quickly became clear that all parties desired to continue the partnership which began over 8 years ago at the inception of professional football in the UAE and has contributed to the development of the game and the competing clubs.

Abdullah Naser Al Junaibi, Chairman of the Pro League Committee and Vice Chairman of the UAE Football Association said: “The move comes as another positive step in the history of professional football in our nation, having begun our broadcasting relationship with Abu Dhabi and Dubai Sports Channels more than eight years ago. On all sides we were extremely keen to continue this partnership, which we believe will become increasingly fruitful and beneficial for the viewing public.”

Suhail Al Areefi, CEO of the Pro League Committee, added his comments by congratulating all involved in UAE football on the new 2016/17 season and wished the best of luck to Al Ain and Al Nasr in their AFC Champions League Quarter Finals, as well as to the UAE National Team in their 2018 FIFA World Cup qualifying campaign. Al Areefi said: “We are pleased to renew our partnership with Abu Dhabi and Dubai Sports Channels and to officially sign with LIVE as our exclusive production company, being the number one major production company for sporting events in the Middle East. We thank them for everything they have done in broadcasting our competitions over the past eight years and look forward to a bright future of football on screen.”