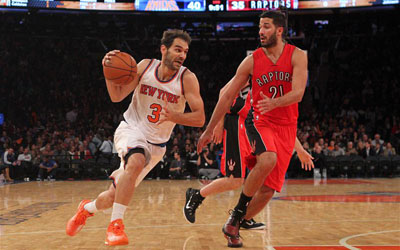 NBA China has announced a partnership with ANTA Sports Products Limited with the apparel brand becoming the Official Marketing and Merchandising Partner of NBA China.

The announcement was made at a press conference in Beijing by NBA Commissioner Adam Silver and ANTA Sports Chairman and CEO Ding Shizhong, who were joined by NBA Champion Kevin Garnett of the Brooklyn Nets and NBA Legend Sam Perkins.

Through this new partnership, ANTA will launch a complete line of ANTA and NBA co-branded league and team-identified footwear and accessories, available in more than 2,000 ANTA stores around the country, and at ANTA’s official online stores on Tmall (anta.tmall.com) and JingDong (anta.jd.com).

Along with ANTA-NBA co-branded footwear, ANTA will collaborate with NBA China to further grow the game of basketball in China and engage fans by participating in a number of events, including NBA Nation, NBA All-Star Balloting, and the ANTA Power Is Priceless Intramural League. More than 300 million people in China play basketball, making it the most popular team sport in the country.

“The NBA and ANTA share a common goal to grow the game of basketball and inspire a healthy, active lifestyle,” said Silver. “This partnership will provide our fans in China with NBA branded footwear and accessories and more ways to connect with their favorite teams.”

“This partnership will give us a chance to elevate our brand awareness and increase consumer confidence in the competitive athletic footwear market,” said Shizhong. “We will also be able to fully utilize our extensive experience to accelerate the growth of basketball throughout China.”