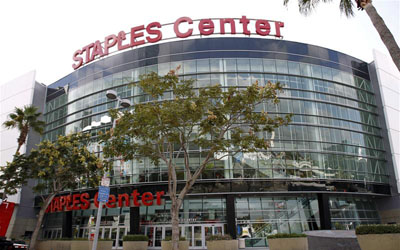 The Anschutz Company, which owns leading sports and entertainment company, AEG has announced they will not sell their subsidiary.

This also coincides with Tim Leiweke, who has served as President and Chief Executive Officer of AEG since 1996, leaving the company by mutual agreement.

Philip F. Anschutz, as Chairman of AEG, will resume a more active role in the company, with a particular focus on the Company’s world-wide strategy and operations. Dan Beckerman will assume the position of President and Chief Executive Officer of the Company. Mr. Beckerman joined AEG over 15 years ago and previously served as the Chief Financial Officer and Chief Operating Officer.

“We appreciate the role Tim has played in the development of AEG, and thank him for the many contributions he has made to the Company. We wish him well in his new endeavors,” said Mr. Anschutz.

Ted Fikre, who joined the Company in 1997, will become Vice Chairman of the Company and continue as AEG’s Chief Legal and Development Officer, as well as assume responsibility for AEG’s Governmental and Media Relations. Jay Marciano, currently President and Chief Executive Officer of AEG Europe, will relocate from London to Los Angeles to assume the role of Chief Operating Officer. Todd Goldstein, who has been with the Company since 2001, recently was elevated to Chief Revenue Officer and will continue in that role. Steven Cohen, Executive Vice President of the Anschutz Company, will serve as AEG’s Chief Strategic Officer while retaining his role at AEG’s parent company.

“From the very beginning of the sales process, we have made it clear to our employees and partners throughout the world that unless the right buyer came forward with a transaction on acceptable terms we would not sell the Company,” said Mr. Anschutz, Chairman and Chief Executive Officer of the Anschutz Company.

“From the very first days of AEG, my vision has been to tie together world class real estate development structured around entertainment venues with premium sports and live entertainment content. In recent years we have developed related businesses to further promote and enhance the performance of AEG’s facilities for the benefit of our partners, including our sponsors, artists, consumers and the communities in which we operate. The Company’s operations will continue to be run by AEG’s experienced senior executive team, most of whom have been with AEG for over a decade. We will continue to set the standards in the industries in which AEG operates, bringing our unique vision and development model to entertainment locations throughout the world.”

“Phil’s active reengagement in the operations of the Company has brought a renewed spirit and passion to the management team’s focus on AEG’s next steps” noted Dan Beckerman.

“The Company has a number of interesting business opportunities, and the expertise of the management team and our 26,000 employees around the world will allow us to select those prospects that best enhance the Company’s performance. Priority projects going forward include the development of Farmers Field adjacent to our L.A. Live campus and the pursuit of our plan to bring the NFL back to Los Angeles, our recently announced initiative to collaborate with MGM to build a new arena in Las Vegas, the acquisition of ownership stakes and the associated refurbishment of several major global arenas in Europe and our ongoing investment in AXS.com, our ticketing and e-commerce platform, as we expand its capabilities for the benefit of our venues, partners, performers and consumer end-users.”