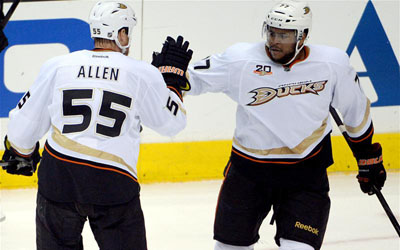 “We are thrilled to reach a partnership deal with Pacific Premier Bank, stomach ” said Ducks Executive Vice President & Chief Operating Officer Tim Ryan. “The Ducks, Honda Center and Pacific Premier Bank all share the same commitment to quality, and this partnership will allow us to further engage with the local communities that we all serve.”

As part of the agreement, Pacific Premier Bank will become the official business bank of the Anaheim Ducks, Honda Center and all seven of THE RINKS locations.

“We are excited and proud of our partnership with Honda Center, one of the premier entertainment and sports venues in the country, and the Anaheim Ducks, one of hockey’s perennial playoff contenders,” said Steve Gardner, President and CEO.

“This partnership gives us the opportunity to promote our brand and wide array of financial services to the Ducks’ passionate and loyal community of fans, audiences at Honda Center concerts featuring world class talent, as well as enthusiasts who utilize THE RINKS facilities throughout Southern California. In addition, we look forward to the increased opportunities to support the local community and engage our clients and employees that this partnership provides.” Gardner said.