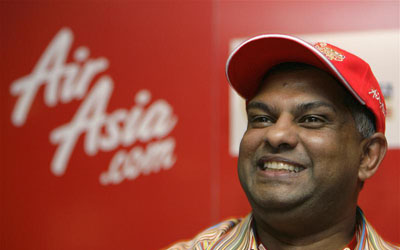 The new one-year deal, which will commence from the start of the 2013/14 season, will see the AirAsia brand once again displayed on the front of the R’s home, away and third strips for the entire campaign.

QPR Commercial Director, Euan Inglis, told QPR’s website: “We are delighted to continue our partnership with AirAsia for a third consecutive season.

“The club has focused on growing the QPR brand globally, with particular emphasis on the Asian market since Tony Fernandes and his partners took ownership of the club.

“AirAsia continues to provide QPR with a perfect platform to develop this strategy, and offers us new opportunities to achieve even greater reach in wider Asia, as AirAsia continue to penetrate new markets throughout the region, as well as a number that sit outside of South East Asia”

AirAsia Group Head of Brand and Ancillary Income, Al-Ishsal Ishak, added: “We are delighted to continue our sponsorship with Queens Park Rangers for the upcoming 2013/2014 season.

“QPR’s genuine display of unwavering determination throughout the season personifies the founding spirit of AirAsia – Dream the impossible, believe the unbelievable and never take no for an answer.”