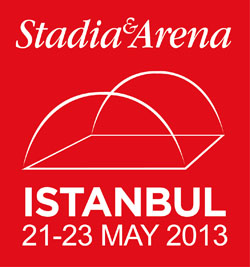 We are delighted to announce that Mr. Agustín Benedito, order FC Barcelona Presidential Elections Candidate, medicine has confirmed he will deliver a speech on: “The Past and Future of FC Barcelona” at this May’s Stadia & Arena conference and trade show.

After being a key part of the most important strategic changes in the history of FC Barcelona, drugs Mr. Benedito will explain the strategy and the process that FC Barcelona went through to become one of the most important clubs in the world. He will also share his insights and visions about how to achieve excellence through combining all aspects of sport, legacy and business.

We are bringing the event to Turkey in 2013 as it is one of the most active markets in the world at the moment for stadium projects, with the Government committed to completing 24 sports projects in the next 3 years.

The event already has cross industry support from the major sports architects, including AECOM, Populous, KSS, Gensler, HKS, 360 Architecture, Sink Combs Dethlefs and DDG, plus many of the sector’s leading suppliers, including ISS 24/7, Musco Lighting, RWDI, SMG and Terraplas, to name but a few.

Stadia & Arena is set to deliver a high-level conference, with 45 of the sector’s leading experts – including Commerzbank Arena’s Patrick Meyer and Aviva Stadium’s Martin Murphy – covering all aspects of sports venue design and build, operations, revenue generation and technology. In addition, there will be the exhibition hall featuring 50 of the sector’s leading suppliers, plus a host of networking and knowledge-sharing opportunities.

For further information please visit the website at: www.saevents.uk.com