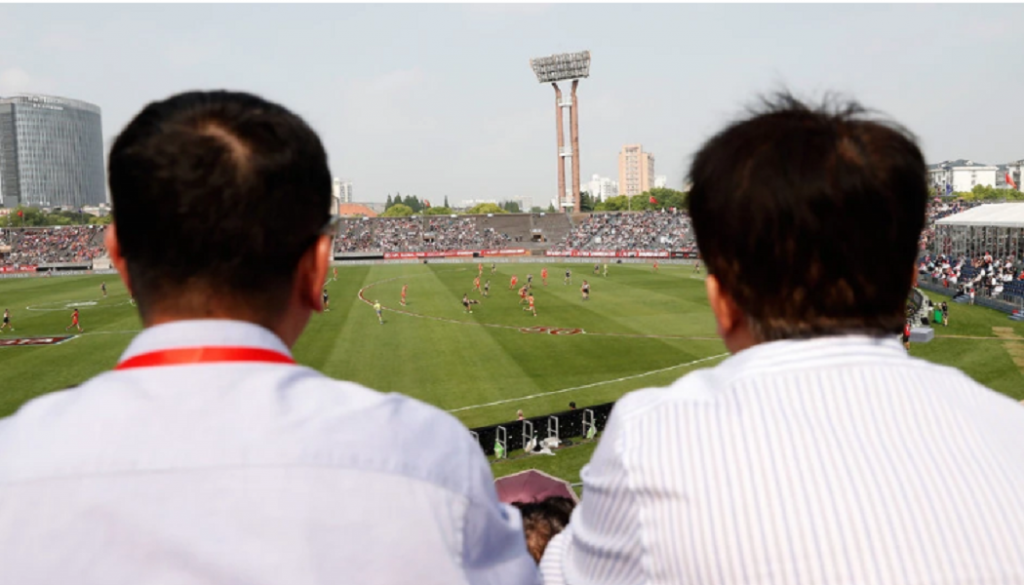 The round-nine Shanghai clash between Gold Coast and Port Adelaide will be broadcast on Guangzhou TV, Shanghai TV and Shandong TV, broadening the AFL’s reach in China.

Last year the game was aired by CCTV, the Shanghai Media Group and Guangzhou TV, with a deal struck by the League just days before the game.

The League has also secured a deal with Guangzhou TV, which will see the broadcaster air one game per round of the 2018 AFL season.

Port Adelaide will feature in 11 of the 23 games broadcast, with the finals series and Grand Final to also be shown on free-to-air television in China.

All games, as well as a weekly highlights and preview show will be telecast in Mandarin.

“We’re in the privileged position to be able to host a premiership season match in China, and we feel that even more with our new television broadcast arrangements for the season with Guangzhou TV, Shanghai TV and Shandong TV helping us to increase the AFL’s footprint into an important market and to support our international strategy,” Auld said.

“Interest in our game in China is increasing, which is reflected with Guangzhou TV making a commitment to broadcast at least one game a week on top of a weekly highlights show.

“I’d like to thank Guangzhou TV, Shanghai TV and Shandong TV for their support in showcasing our exciting game to so many in mainland China.”

Port Adelaide CEO Keith Thomas said the broadcast deal was a big win for the Power.

“We believe that to grow the game in China, the AFL has to be front and centre and be seen on commercial television consistently each weekend,” Thomas said.

“We appreciate the support from both the AFL and Guangzhou TV in helping us deliver weekly television content to mainland China,” he said.

The Gold Coast-Port Adelaide match will be telecast into Australian by Fox Footy and simulcast on Telstra’s AFL Live app.