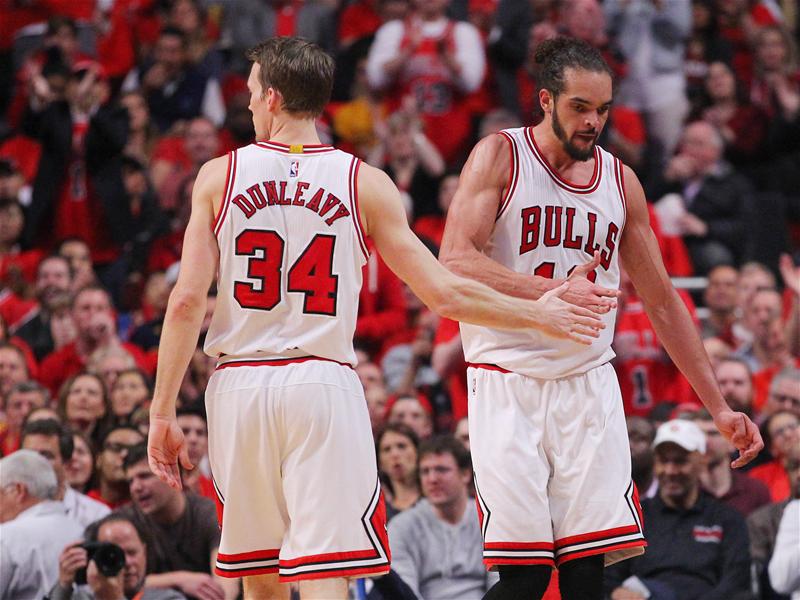 The Chicago Bulls have announced an expanded multi-year agreement with Downers Grove, Ill.-based Advocate Health Care, the largest integrated health system in Illinois and one of the nation’s leading health systems.

As part of the agreement, the team’s new training facility will be named the Advocate Center.

“Advocate Health Care is an incredible partner of the Chicago Bulls. Advocate’s leadership team is strong, creative, and committed to quality, and they have built an organization that embodies the characteristics we look for in long-term sponsor relationships,” said Michael Reinsdorf, Chicago Bulls President and Chief Operating Officer. “Advocate shares the Bulls’ passions for athletics, health and wellness, and the communities in which we live and work. As we enter the third year of our partnership and this exciting new chapter, the Bulls look forward to finding more ways to come together with Advocate to make a difference in the City of Chicago.”

“The Chicago Bulls have been a great partner to Advocate over the last two years and we are looking forward to advancing our partnership,” said Jim Skogsbergh, Advocate President and Chief Executive Officer. “We applaud the efforts of the Chicago Bulls Charities over the last 30 years and their focus on youth education, health and wellness and violence prevention and we look forward to working more closely together to improve our communities.”

The Advocate Center is scheduled to open before the 2014-15 season and will be located across from the United Center on South Wood Street between Monroe and Madison Streets. The facility is approximately 60,000-square-feet in size.

Advocate Center branding will be incorporated throughout the new facility. Exterior signage will be located on the north, east and west sides of the building. Interior branding will be featured in the video room and basketball court area.

The firm, 360 Architecture, is the lead project architect for the Advocate Center, and McHugh Construction serves as the General Contractor.

The Bulls and Advocate share a commitment to improving the lives of those in need, and a significant aspect of the expanded partnership will be exploring new opportunities to build a stronger Chicago community.

Advocate Health Care will also sponsor a 2014-15 pre-season game in October to highlight its support of Breast Cancer Awareness month and its successful initiative, “Stories of the Girls.” This will be the second consecutive year Advocate will sponsor a Bulls pre-season game focused on Breast Cancer Awareness, and both organizations are working on plans to use this unique platform to increase the positive impact this game can have on women’s health.