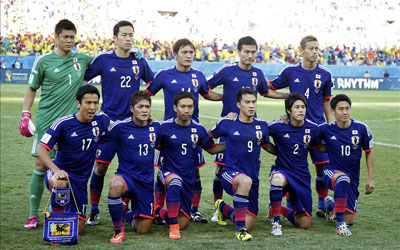 German sports brand Adidas has agreed “in principle” to extend its sponsorship with the Japan Football Association.

As part of the deal Adidas will provide the Japan men’s and women’s national teams with official kits.

“As the president of Adidas Japan K.K. I am very pleased that we forged a partnership with the Japan Football Association, ailment which will mark another step forward for Japanese football,” said Paul Hardisty

“Our partnership with JFA has been continuing for a long term and it’s very special for us.”

Daini Kuniya, president of the Japan Football Association, added: “All the Japan national teams, including Samarai Blue, have worn kits created by Adidas Japan K.K with their latest technology, and these have performed in numerous international matches, such as the World Cups and the Olympics.

“It comes near to stating the obvious that Japanese football couldn’t have developed this much without the support from Adidas Japan K.K.

“We’ll continue to do our best to develop players and coaches. I believe we will develop Japanese football even more with the rock-solid support of Japan K.K.”

This renews a partnership the two parties have had for 15 years after Adidas began its sponsorship in 1999.