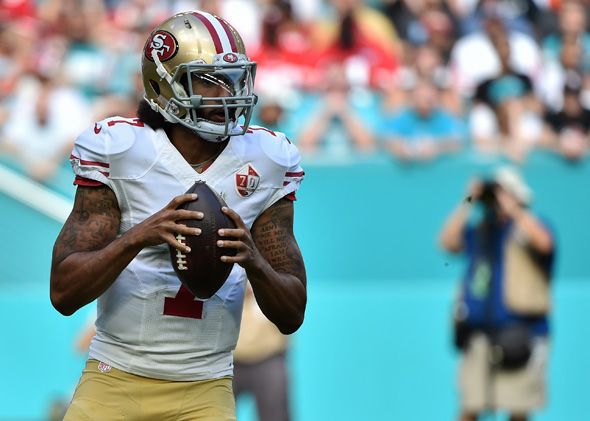 The Niners will compete with the Miami Dolphins, to host Super Bowl L, which will be packed with extra pageantry to mark the historic occasion, NFL Commissioner Roger Goodell said. The loser will go toe-to-toe with Houston, where the Texans play, for the following year’s game, Super Bowl LI.

The owners expect to pick the locations for Super Bowls 50 and 51 in May.

The Super Bowl Advisory Committee picked the short-list of contenders at the fall owners meeting in Chicago on Monday and the owners finalized the three candidates on Tuesday.

This is the first Super Bowl bid process for the $1.2 billion Santa Clara field, which began construction in April and is scheduled to open in 2014. The NFL previously slated the next three Super Bowls for the home fields of the New Orleans Saints (on Feb. 3), the New York Giants and Jets (February 2014) and the Arizona Cardinals (2015).

If successful, it would be the second Super Bowl in Bay Area history. The first was at Stanford Stadium in 1985, when the 49ers beat the Miami Dolphins 38-16 in Super Bowl XIX. California, which has three of the oldest stadiums in the NFL, last hosted the big game in 2003 in San Diego.

“We’ve been working for a long time to get a new stadium built in California,” Goodell said.

The Niners submitted their preliminary plan to the NFL over the summer along with other teams interesting in hosting the two games. CEO Jed York will now put together a selection committee, led by philanthropist Daniel Lurie, to present their bid during the May owners meeting.

As part of an agreement announced five months ago, San Francisco would act as the Super Bowl week host city and could choose to host many of the related events while the actual game will be played at the Santa Clara stadium.

The deal allowed the 49ers to escape its Candlestick Park lease with the city of San Francisco a year early. The team, which will continue to be called the San Francisco 49ers after moving to the South Bay, also wanted to show some love to its historic host city.