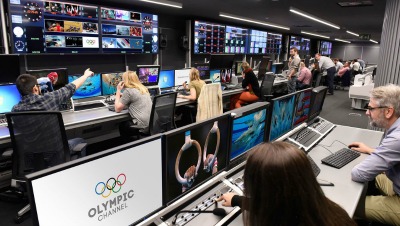 27 IFs agree to work with the Olympic Channel

27 International Sports Federations (IFs) have agreed to collaborate on content for the Olympic Channel.

The creation of an Olympic Channel was one of the key recommendations of Olympic Agenda 2020, drugs aiming to provide a new way to engage young people and core fans in the Olympic Movement, allergist while also promoting the Olympic values on a consistent basis.

The Channel will broadcast live sports events, news and athlete stories, as well as historical Olympic footage and official films from the IOC’s archives.

IOC President Thomas Bach said: “The Olympic Channel will mark a major shift in how the Olympic Movement connects with young people all year round.”

“The International Federations have embraced the Olympic Channel and we look forward to working with them on the exciting programming and promotional opportunities. The newly formed Olympic Channel team is making steady progress, with the emphasis on ensuring the product is right and the quality of the programming matches our ambition. We look forward to announcing the 2016 launch date in the coming weeks.”

Mark Parkman, General Manager of Olympic Channel Services added: “Preparations for the launch of the Olympic Channel are on course and the announcement of these cooperation agreements with our IF partners is another important step forward. We expect to make further announcements regarding collaborations with other IFs and stakeholders in the near future.

“Content production has begun, the technology and platforms are being tested, and there is a growing sense of energy and excitement here among the Olympic Channel team as we prepare for launch this year.”

Dr Klaus Schormann, President of UIPM, said: “The IOC President Dr Thomas Bach has established the Olympic Channel with his Executive Board and the Olympic movement, and we at the UIPM are very happy to join this initiative.”

“First of all we would like to say congratulations on this idea and secondly we are very pleased to be a close media partner of the IOC in this important project.”

“I think the sport created by Pierre de Coubertin should always, to underline the fact we have belonged to the Olympic movement from the beginning, be very close to all the things that the IOC President and his Executive Board decides.”

“So we are very happy to be part of this exciting initiative and we are looking forward to being involved in a spirit of close cooperation.”