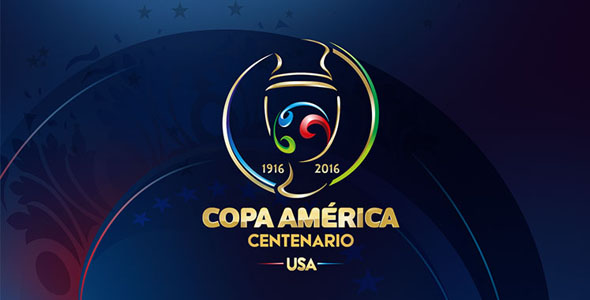 CONCACAF and CONMEBOL have unveiled the logo for the historic Centennial Cup America, set to be played in the USA in 2016.

The logo was revealed to the public at the Upfront event, hosted in New York by Univision. The Centennial Cup America will mark the first time the historic South American championship has been played outside of that region.

“This is truly an exciting moment in the progression of this historic event,” said CONCACAF president Jeffrey Webb. “With this vibrant logo revealed to the public for the first time, we can begin to concretely envision the excitement of the Centennial Cup America both on and off the field, as football fans start the countdown to 2016.”

The artwork for the newly launched logo, created by England-based firm The Works, Ltd., represents the extensive American continent the tournament will bring together, as well CONCACAF and CONMEBOL cooperating to stage this monumental sporting occasion.

In conjunction with the logo unveiling and Upfront event, wematch, the commercial rights holder for the Centennial Cup America, announced the naming of Univision as the official Spanish-language broadcaster in the U.S. for the tournament.

The deal is reportedly worth an estimated $60 million.

“It’s truly a pleasure to see this logo disseminated for the first time via the airwaves of Univision, a household name in Spanish-language entertainment throughout the Americas, and a platform that will serve to bring the Centennial Cup America to tens of millions of viewers across the U.S., come 2016,” said Mariano Jinkis, principal of wematch.

“In addition, we look forward to working cooperatively with Univision and our advertisers and sponsors to deliver unique 360-degree fan experiences on and off screen.”

The Centennial Cup America will be held in cities across the USA in 2016, kicking off on June 3 and culminating with the final on June 26.