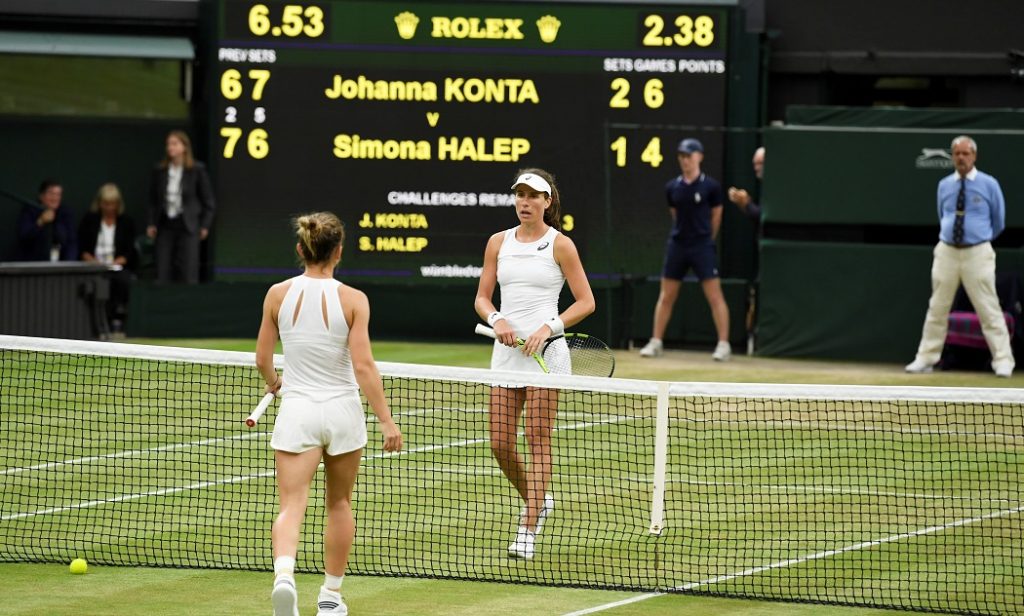 Improving technology to improve the story

The role of data continues to grow in importance across the entire tennis community – the moment you stand still, on or off the court, is the moment you fall behind.

The WTA’s partnership with SAP is a testament to that mantra, striving to provide new and updated transformative technology to bring fans closer to the sport than ever before.

The software helps augment the narrative before, during and after matches and serves as a comprehensive database housing key and informative WTA stats gathered over the course of 20 years.

SAP Tennis Analytics for media provides data and insights to media in real time and across devices during WTA tournaments. Media are more informed, concise and insightful, and can deliver a better experience for the viewer and reader.

Tennis journalists play an integral role in storytelling throughout the season, and the opportunity to have access to SAP’s blueprint of real-time insights can take the art of tennis journalism to new heights.

Take a look at the evolution of our Tennis #Analytics with the @WTA and the latest innovation to now provide key match stats for media @SAPAnalytics #AusOpen pic.twitter.com/pHBfe04g9u

More fans than ever are tuning into WTA, as WTA matches were watched by over 500 million fans on television and digital channels around the world across 2017.

Premier events experienced a 12% audience increase from 2016, with Spain, China and Romania being the top 3 markets.

In the digital sphere, total video views for all web and digital platforms peaked at 249 million. While the singles game takes centre stage, live streaming doubles matches on Facebook in October generated over 11 million views.

There is an appetite for women’s tennis at all levels of the game, from all-time great Serena Williams to the new crop of up and coming players. The 23-time Grand Slam winner has been and will continue to be force on the WTA tour, while the next generation of rising stars are emerging and will challenge for supremacy in 2018.

Sloane Stephens winning the US Open after a year out with injury, 20-year-old Jelena Ostapenko lifting the title at Roland Garros, former World No.1 Caroline Wozniacki’s return as a dominant force on tour – these amazing stories are being consumed by sports fans all over the world through our platforms.

Additionally, the WTA Finals have been awarded to Shenzhen, China from 2019 – 2028 and will feature a state-of-the-art venue in the city’s downtown area, with seating for 12,000 people, and record prize money of $14 million for the Top 8 singles players and Top 8 doubles teams, double the previous purse.

Over the course of 2017, five different players held the WTA World No.1 ranking. The ongoing and ever-increasing competition has elevated the game with the elite ranking all of a sudden becoming a realistic achievement. The reward for ascending to the highest ranking becomes all the sweeter when you know how many people you’ve had to hold off, or how many players you’ve overtaken in the process.

The current rankings system rewards consistency across the year – becoming the World No.1 player is about maintaining a top level of performance, simply not over-achieving at three of four tournaments in a season.

The excitement of having the top ranking spot on the line week-in, week-out has led to some of the most thrilling matches of the season – Simona Halep versus Johanna Konta at Wimbledon for example, a pulsating three set epic which became the BBC’s most watched women’s match at Wimbledon of all time.

Every tournament is now critical in the battle for supremacy – the need to defend or add ranking points has seen the world’s top players enter tournaments outside of their normal schedules, giving fans all over the globe the chance to see their tennis idols perform in the flesh.

The first few weeks of 2018 will see several players with the opportunity to take the WTA World No.1. We should welcome and celebrate this unique time in women’s tennis, and look forward to stories, rivalries and encounters we will see unfold across the year.

Do you want to stay ahead of the Broadcasting curve? Sign up to our first Masterclass of 2018 now!