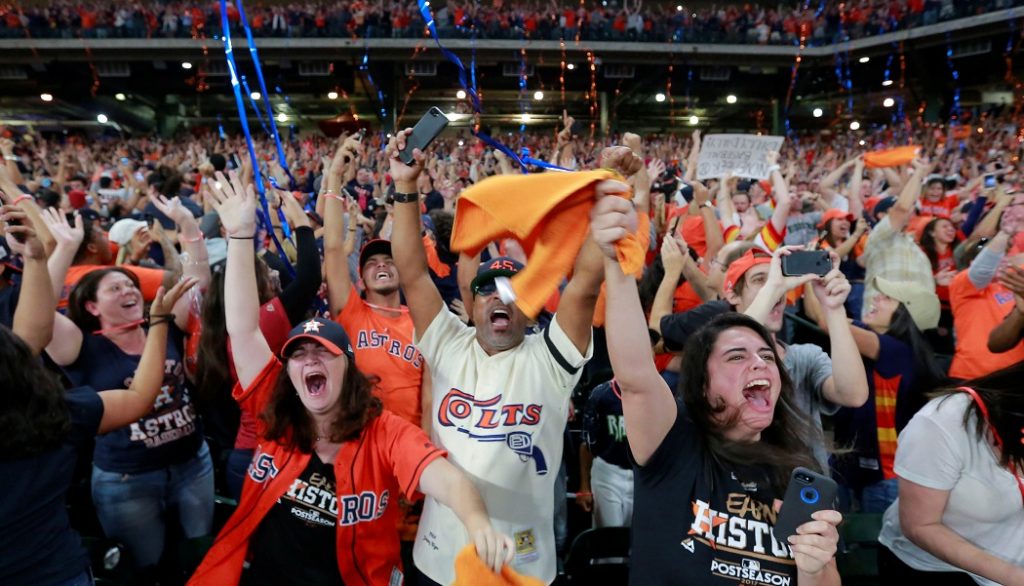 World Series TV ratings prove live sport is not dead yet, at least in the USA

For baseball fans with limited spending capacity, staying at home and watching the action on television remains the best option.

Although new media has made a significant impact on traditional television networks – with television ratings of four major leagues in the US now in decline – ratings of this year’s World Series show that the traditional method of consumption for elite sporting events can hold on to a major audience.

Nielsen data shows that the 2017 World Series averaged a 10.6 rating and 18.7 million viewers. It was the second best television ratings since 2010, trailing only the 2016 Cubs and Indians seven-game series.

Game Six and Seven scored 12.6 and 15.8 ratings individually in metered markets, with an average of 22.23 million and 28.23 million viewers respectively.  It’s a great stimulation for Fox, as the network’s prime-time audience is down 20% through the first month of the new TV season.

Compared to other networks’ prime-time programmes, data proves that the American audience’s passion with live sports is still quite high.

Take Game Six as an example, Fox scored 6.0 in adults (18-49), which is the most important rating as sponsors value it the most. Affected by this game, hit show ‘This is Us’ with NBC was down 0.8, scoring only 2.0 in adults.

There were nine HRs hit with an exit velocity of 117+ mph in 2017.@TheJudge44 was responsible for seven of them, including a #Statcast record 121.1 mph.

That’s how you win an AL Silver Slugger Award! pic.twitter.com/zWY7JA8nkU

According to a Nielsen report in February, MLB has the oldest fan base in the four major leagues in the US. Older audiences prefer traditional television networks, while a younger audience consume via streaming broadcasting.

MLB is a conservative league, but they are trying to catch this wave as well. Through Fox network’s online streaming platform Fox Sports Go, World Series Game Six scored more than 240,000 viewers, which is up 42% when compared to last year.