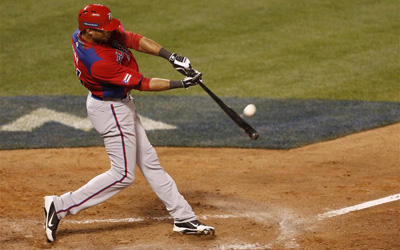 A new men’s national team baseball event, the Premier12, has been launched by the World Baseball Softball Confederation (WBSC).

Launched by WBSC President Riccardo Fraccari, the Premier12 will start in November 2015 in Taiwan and will feature the world’s top-twelve ranked nations.

The Premier12 will be held every four years, with the aim of becoming baseball’s highest ranked international competition.

The champion will be awarded baseball’s largest prize of World Ranking bonus points.

The WBSC will also guarantee prize money – to be in the US$ millions – among the National Teams/National Federations (NFs) participating in The Premier12 and will also cover their costs.

“The WBSC is thrilled to announce the groundbreaking addition of The Premier12 to WBSC’s tournaments-structure,” said Fraccari.

“The Premier12 will unite baseball’s top nations and give baseball’s best players in the world the opportunity – and the highest honour – to play for their countries on a global stage.

“The Premier12 will be a worldwide spectacle that generates huge media numbers and will not only be very exciting but also very rewarding for the players, the NFs, the fans and for our partners, who have all driven demand for this new event.”

The WBSC will announce The Premier12’s qualified National Teams later this year in November, after the final 2014 World Rankings have been calculated.

WBSC has elected to stage the inaugural Premier12 in November 2015, following the conclusion of many domestic league championships, to give the world’s professional players the opportunity of uniting to represent their National Teams over 10-12 competition days.