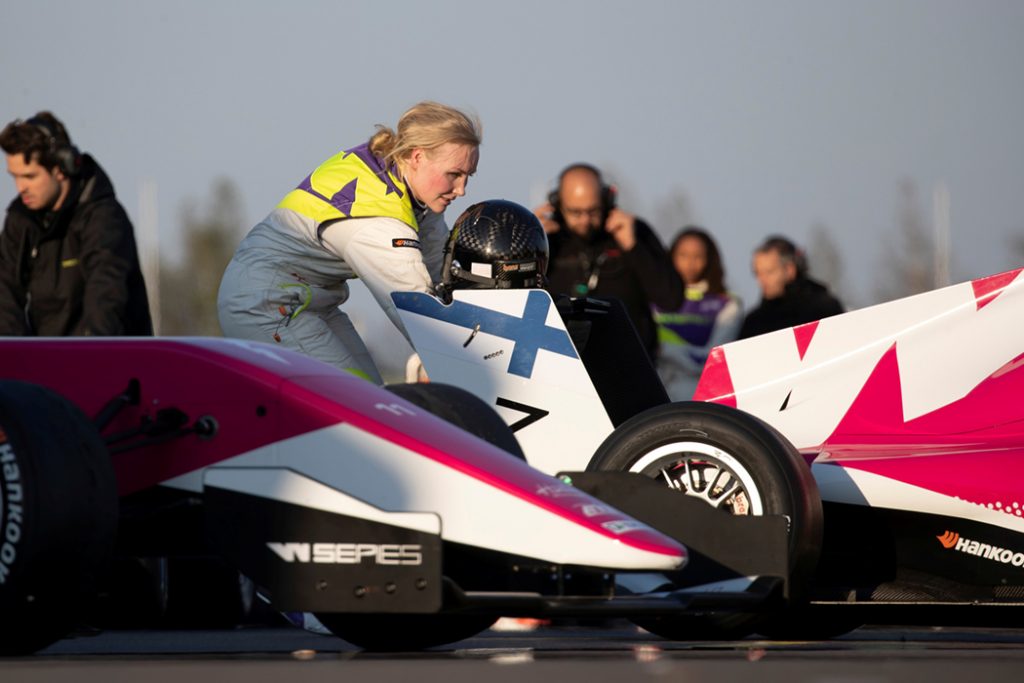 W Series Poised For The Start In Hockenheim

Eighteen women racers will line up on the starting grid at Germany’s Hockenheim circuit tomorrow for the debut of W Series, the first all-female championship that could ultimately help break Formula One’s male monopoly.

Many more men have walked on the moon than women competing in Formula One, with Italian Lella Lombardi the last to start a grand prix in 1976 and only female to score — albeit half a point.

W Series, which can count on the expertise of a strong contingent of ex-McLaren Formula One employees including ex-racer David Coulthard, hopes to provide a platform for women to progress.

“We believe we have the best female drivers in the world driving W Series and we are going to put the world’s spotlight on them,” said Chief Executive Catherine Bond-Muir of the six-race series.

“Hopefully, we can make stars of our drivers and they therefore can attract more sponsorship so they can go on into international Formula Three, Formula Two and who knows, into Formula One.”

Earlier in April, W Series and UK broadcaster Channel 4, announced a partnership to provide live free-to-air coverage in the UK of all six races.

More than 100 women, ranging in age from 17 to 33, applied last year to compete in the series, which provides identical 1.8 litre Formula Three cars and has a $1.5 million prize fund.

The series winner will collect $500,000, with prize money down to 18th place. Races last half an hour plus one lap.

There is no cost to those selected, who were whittled down to 54, then 28 and finally 18 with two reserves after trials in Austria and Spain. A total of 13 nationalities are represented.

“Formula One is…very, very tough to reach and it is always going to be my dream, it is my dream and it will remain my dream,” Belgian-born South African Naomi Schiff told Reuters at a recent media day.

“If that is really realistic at this point, I don’t know. Hopefully the W Series will help us to move forward and closer to those goals and make that possible for younger women in the future.”

Practice is on Friday with qualifying and the race on Saturday as a support to the German Touring Car (DTM) championship.

Media interest in the series has been considerable, with a string of broadcast deals announced including free-to-air Channel Four in Britain who have an investment in the television production company co-founded by Coulthard.

While some female racers have opposed a series that separates the sexes, male critics have questioned the premise.

Red Bull’s motorsport consultant Helmut Marko, a former grand prix driver, sparked controversy when he wondered out loud whether women could cope physically if they ever did get to Formula One.

Those competing have no such qualms, welcoming the chance to further their careers without having to worry about where the money was coming from.

“The best way to make an immediate first impact for women in this industry is to put 18 drivers on the grid and have it be a fully funded deal where I don’t have to worry about ‘when is the next cheque coming’,” said American Shea Holbrook.

The final race of the series will be at Britain’s Brands Hatch in August.