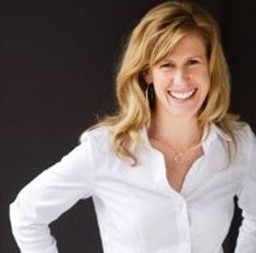 Prior to her appointment, Guthrie spent six years at the Federal Bureau of Investigation (FBI) as their Senior Executive of Human Resources.

The appointment, which comes after a series of scandals within sport in the US, is being described by the organisation as its latest step to ‘help prevent and respond to abuse and enhance athlete safety’.

A series of lawsuits and accusations against USOC by former women’s gymnasts have emerged, saying not enough was done to safeguard them from molestation and abuse from coaches.

USOC is currently cooperating with a US Congressional investigation and an independent probe into issues associated with the Larry Nassar gymnastics scandal.

A total of 156 female athletes said in court that the former US Olympic team doctor abused them over a period of two decades. He was subsequently sentenced to 40 to 175 years in prison.

In her new role, Guthrie will lead the implementation of all athlete safety policies and procedures, while she will work closely with National Governing Bodies (NGB) on their athlete safety efforts.

“I am thrilled to join the Team USA family,” said Guthrie. “The USOC is focused on keeping athlete safety at the forefront of its mission and this position ensures that focus. I am committed to working tirelessly to ensure athlete safety and wellbeing as we collectively seek to eliminate abuse in sport.”

“The importance of athlete safety cannot be overstated, and this is another critical step in our fight to prevent future abuse,” added USOC’s acting Chief Executive, Susanne Lyons. “Wendy will have a deliberate focus on athlete safety, helping us improve our processes, and ensure the necessary policies and procedures are in place and enforced across the US Olympic and Paralympic community.