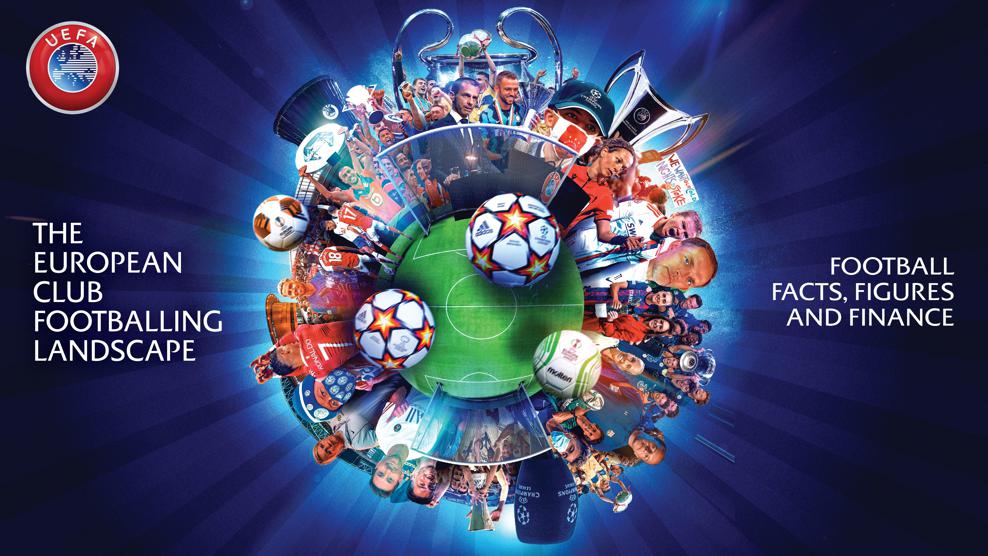 One of the starkest findings of the report is that the majority of the lost revenues, €4.4bn and counting, comes from lost gate receipts, with this revenue stream almost wiped out (88% down) during the financial year 2020/21 as a result of empty stands from the health emergency. Gate revenues contributed just 2% of club revenues across Europe, down from 16% pre-pandemic.

Naturally, the loss of gate receipts has had a profound impact on overall club finances. The report shows that the overall pandemic impact effect on club revenues over the 2019/20 and 2020/21 seasons is expected to be €7 billion.

But the publication shows that two key forms of club income remain strong. The report shows healthy television revenues in 2021, after disruption and rebates in 2020. In addition, the new UEFA club competition rights cycle (2021/22–2023/24) has seen further growth in broadcast rights revenue.

€1billion in youth investment
Prize money will increase to over €2.7bn per year, to be shared among the 96 clubs participating in the three club competitions. Solidarity payments for youth development to clubs not qualifying for UEFA club competitions, are projected to increase by more than 60%. Since the start of the UEFA Champions League, more than €1billion has been distributed to more than 1,500 clubs and academies across Europe for youth investment purposes.

The report also shows that players aged 23 or under accounted for 55% of total transfer spending (by value) across Europe’s 20 largest transfer markets, compared with a ten-year average of 47%. This suggests that clubs increasingly believe that value can be found in younger players, given their resale potential.

The report includes a dedicated and detailed chapter on the growth and status of women’s football in Europe. It shows that a major contributing factor in the growing commercialisation of the women’s game is the increased exposure gained through match broadcasts. Twenty of Europe’s 42 top divisions now have structured domestic broadcasting deals in place across a range of media platforms.

There is also a new players section. Among the wealth of information contained within, it shows that among the Big 5 leagues, Italy’s Serie A clubs used the most players on average, fielding an average of 30.9 players, four more than clubs in the Premier League. LOSC Lille fielded the fewest players (21) of all clubs in the Big 5 leagues, with only Sweden’s Halmstads BK using fewer (20) overall. By contrast, FC Schalke 04 used 42 players, the most of all the Big 5 league clubs, while Russia’s PFK Tambov fielded an extraordinary 50 players over the course of their league season. The report also simulates the likely impact of new FIFA regulations on European clubs.

Aleksander Čeferin, looking ahead: “One lesson of the past two years has been that it is only by showing solidarity and working together that European football can overcome existential challenges such as the pandemic. That was also a lesson drawn from the so-called Super League project. The self-interested actions of a misguided few were thwarted by the unity of European football – fans, clubs, players, and national associations.

“This report provides sobering details of the post-pandemic challenges that await us, but it also illustrates the remarkable robustness and resilience of European football, with its unified approach. Ultimately, the pandemic will only make us stronger. The COVID crisis has also highlighted to what extent football is part of the fabric of European life. Football was a true lifeline for many. I will make no bold predictions for the year ahead, except to say that, whether the pandemic stays or goes, European football will remain strong, stable, and united in 2022.”