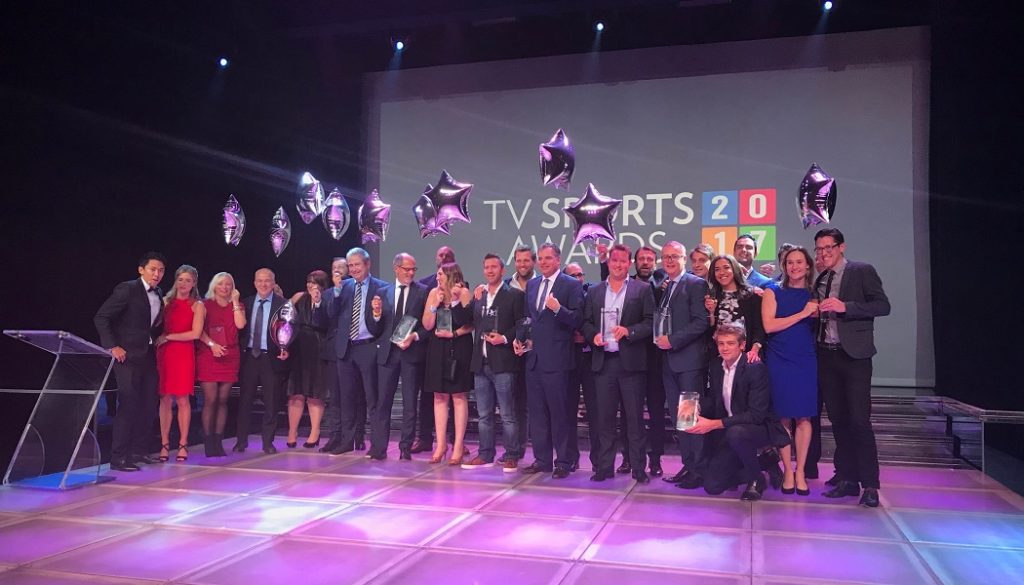 In conjunction with SPORTEL Monaco, the event was a magnificent occasion to unite and celebrate the success and magical moments of the industry whilst raising money for the Play for Change Charitable Trust.

All proceeds from the night will help the charity to continue delivering impactful sport and education programmes for underprivileged children around the world.

With an audience of 300 professionals from the world of sports media, the ceremony began with the presentation of the Tuttosport Golden Boy awarding the Paris Saint-Germain football player: Kylian Mbappé.

It was a special night for people who are passionate about sport and in particular football. Juan Mata, midfielder for Manchester United won the Play for Change (PFC) award, recognising his inspirational and influential work with the Common Goal project.

Agency of the Year: Infront Sport and Media

Play for Change Award: Juan Mata for his work with Common Goal

Fantastic entertainment was shown throughout the evening and there was an exclusive auction, powered by Charity Stars, which offered unique items, exclusive memorabilia and ‘money can’t buy experiences’.

The 2017 edition of the TV Sports Awards was open to the whole industry to apply and had a very high calibre of nominees. There was a huge interest in the Best Sports Project award category, which is a new category and awarded two winners: Tennis TV by ATP Media and DAZN by Perform. Well done to Perform with three wins and was casted as Sports Media Company of the Year.

Play for Change Ambassadors Anne Wafula Strike MBE and Bonita Norris both represented the charity and spoke highly about how sport can positively impact lives.