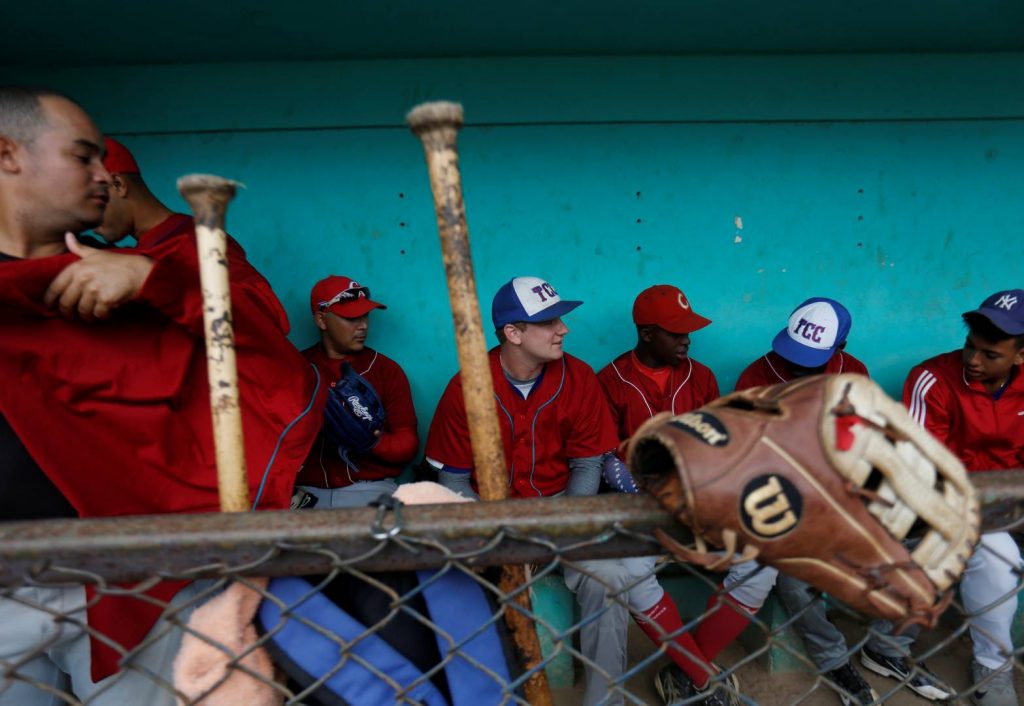 The Trump administration on Monday scrapped a historic agreement between Major League Baseball and the Cuban Baseball Federation that would have allowed Cuban players to sign with U.S. teams without needing to defect.

The existing deal will not be allowed to go forward because it was based on an erroneous ruling by the former Obama administration that the Cuban Baseball Federation was not part of Cuba’s Communist government, a senior U.S. official said.

The move essentially overturns an agreement reached between MLB and the Cuban federation in December after three years of negotiation under which Cuban players would have had a safe, legal path to playing professionally in the United States. In the past, some Cuban stars have undertaken risky escapes, including being smuggled off the island in speedboats.

The U.S. decision was the latest step by President Donald Trump to roll back the rapprochement with Havana, America’s old Cold War foe, that was spearheaded by his predecessor, Barack Obama. Trump has especially stepped up pressure on Cuba recently over its support for Venezuela’s socialist president, Nicolas Maduro.

“The agreement with #MLB seeks to stop the trafficking of human beings, encourage cooperation and raise the level of baseball,” the Cuban Baseball Federation said on Twitter. “Any contrary idea is false news. Attacks with political motivation against the agreement achieved harm the athletes, their families and the fans.”

The senior Trump administration official suggested that the agreement would have subjected the players to “human trafficking” by the Cuban government, making them “pawns of the Cuba dictatorship.”

Carlos Tabares, a member of Cuba’s 2004 Olympic gold medal-winning squad who until last year played for a Havana team, said the Trump administration was seeking “to destroy us, even through baseball.” The MLB deal, he said, would have allowed Cuban players “to enter legally rather than falling into the hands of traffickers and having to risk their lives.”

The U.S. official, speaking on condition of anonymity, said the administration would be willing to work with MLB to seek an arrangement consistent with U.S. law.

“We are unsure of the next steps,” an MLB source said.

The U.S. Treasury Department on Monday reversed the Obama-era ruling that Cuba’s league was not part of the Cuban government, which had laid the groundwork for the baseball deal.

The Trump administration considers the Cuban Baseball Federation to be part of the island’s National Sports Institute, which, according to the U.S. official, is a government entity that U.S. law says makes such business dealings illegal.

MLB teams would have paid the federation a release fee for each Cuban player signed, providing a windfall for Cuban baseball, which has suffered from dwindling budgets and the defection of its best players.

In the past, many Cuban players seeking riches in the big leagues have made dangerous journeys via human traffickers to defect. Others abandoned the Cuban national team while playing abroad.

Cuban MLB players who had defected include Yasiel Puig of the Cincinnati Reds, Yoenis Cespedes of the New York Mets and Jose Dariel Abreu of the Chicago White Sox – all of whom have signed multi-year, multimillion-dollar contracts.

Puig defected from Cuba on a speedboat at age 21 and soon found himself entangled with Mexico’s notorious Zetas crime organization, which threatened to chop off his arm if it failed to receive the promised $250,000 fee for his passage.

When Puig finally reached U.S. shores in 2012, he was rewarded with a seven-year, $42 million contract with the Los Angeles Dodgers.

Under the deal agreed by MLB and the Cuban federation in December, MLB teams were going to pay the federation a fee ranging from 15 percent to 25 percent of the value of player contracts.

That money, which was not to be deducted from the player’s salary but be paid on top of it, would have been used to help Cuba further develop its baseball program.

Cuban players older than age 25 and with six years of service in the Cuban league would have been free to sign with MLB teams. Younger players would have needed Cuban baseball’s permission to leave.