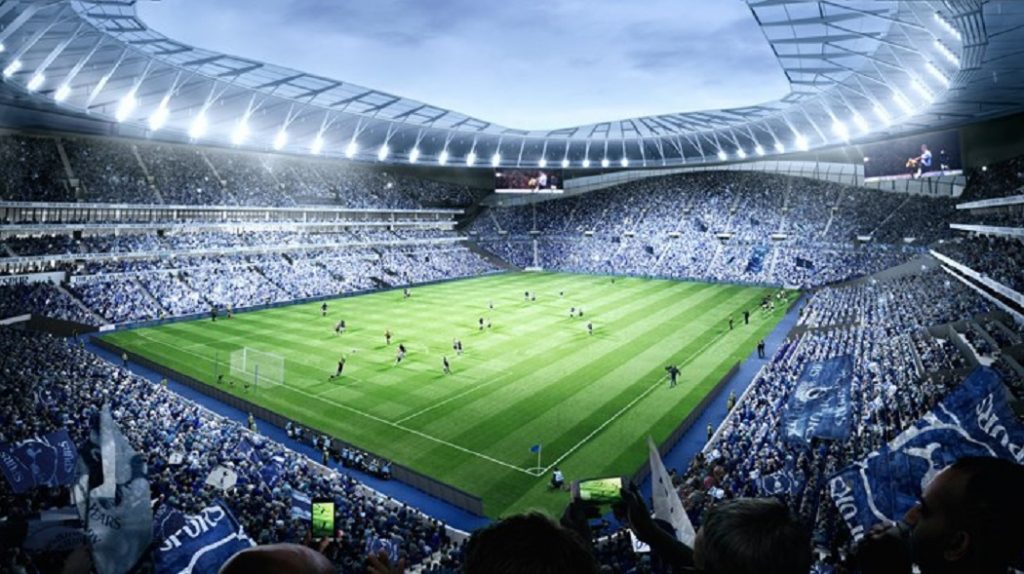 Tottenham Hotspur appoints Daktronics as supplier for the new stadium

Spurs have signed a supplier agreement with Daktronics.

As part of the deal, Daktronics will supply four bespoke main LED video displays for the stadium bowl totalling more than 1,000 square metres.

This includes two screens in the iconic, single tier 17,500-capacity South Stand, each measuring 325 square metres – making them the largest screens in any stadium in Western Europe and among the biggest in the world.

Two additional screens in the North Stand will each measure 190.7 square metres, while two LED video displays will feature on the South West and South East façades, fitted on the exterior of the stadium, each measuring 178.9 square metres.

Matthew Collecott, Director of Operations, Tottenham Hotspur, said: “We are pleased to add Daktronics to our roster of world-leading suppliers, as specialists in large LED video displays and digital ribbon boards. We have pushed them to deliver something that will truly set us apart and these installations will play a significant role as part of our commitment to setting a new standard in fan experience in sports and entertainment.”

Daktronics President and Chief Executive Officer Reece Kurtenbach said: “We’re extremely proud to partner with one of the most storied football clubs in England. The video displays and LED technology in this stadium are sure to help enhance the atmosphere for fans and players alike. We’re excited to see the stadium open later this year.”