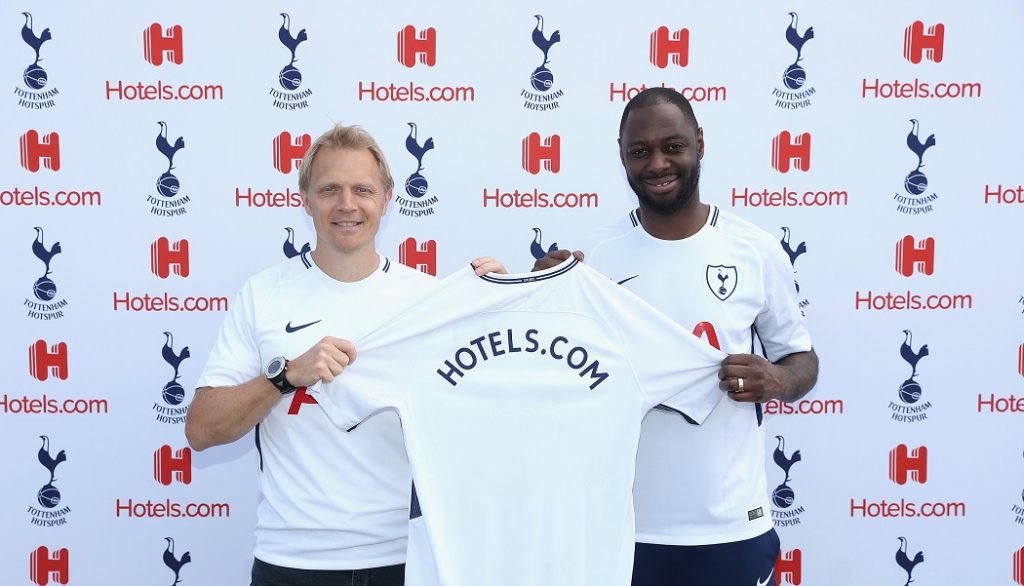 As part of the long-term agreement, the US-based business will enjoy a brand presence across Spurs’ digital signage, including their new stadium’s LED advertising system, big screens and in-house TV network, as well as across the club’s website and digital channels.

The brand will engage directly with Tottenham’s global fanbase, including the official supporters clubs worldwide.

Club members will also be given access to Hotels.com’s loyalty programme and will receive discounts on rooms booked through the platform.

Fran Jones, Head of Partnerships at Tottenham Hotspur, said of the deal: “As a club, we are privileged to have millions of supporters across the world who travel far and wide to support the team. This exciting agreement with Hotels.com will make the process easier and more affordable for fans looking for accommodation both domestically and internationally.”

Johan Svanstrom, President of Hotels.com, added: “We are thrilled to be partnering with Tottenham Hotspur at such an exciting time for the club. We aim to provide really rewarding experiences for customers in our business and, through this relationship, we look forward to rewarding Spurs fans wherever they follow the club.”