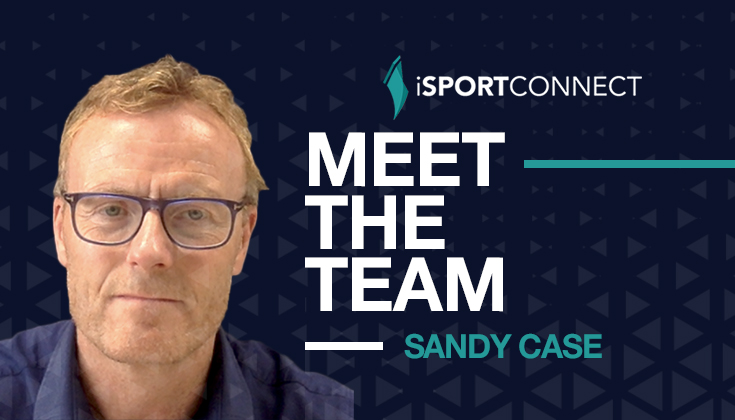 There Is Another World Out There

Today’s Meet The Team piece comes from iSportConnect’s Chief Strategy Officer Sandy Case. Sandy looks at the metaverse, the trends surrounding it and the importance of paying attention to it, and not sticking your head in the sand, as it continues to grow.

I have to preface this article by saying there are many smarter people than me in the blockchain/crypto/metaverse space, but it is crucial that we all start to understand the impact it is going to have, and it forces me to learn and dig around for my own personal growth. Over the last couple of years, I started investing small amounts into various coins to make myself read articles and be better informed. I’m still very much a novice but fascinated in what it all means but here is my take on where we are and why we need to pay attention.

Any of us alive today has only been aware of the one world that we’ve ever known, and it’s been there for billions of years. But there is now another world – a digital online world or more precisely – the metaverse. Nothing new here for anyone who has been paying attention to any news.

“We can do much of what we do in the physical world in the metaverse. We can exchange products, buy things, offer services and connect with others.”

But what does metaverse mean? In the digital world we can go ‘beyond’ which is the literal Greek meaning of “meta”.

A metaverse is effectively a parallel digital world that allows us all to interact with each other digitally. We can do much of what we do in the physical world in this metaverse. We can exchange products, buy things, offer services and connect with others. The metaverse is changing the way we traditionally look at society and also sport, which is obviously what we are interested in.

Sport means many things to many people, but we have to accept that Esports is now a huge factor within, or alongside, the traditional sporting landscape and gaming is obviously a major part of Esports. So what happens in gaming changes Esports and then this impacts the traditional world of sport. It is all linked and since the metaverse has strong links to the gaming world then the world of sport needs to pay attention.

A new frontier in gaming is emerging through crypto technology, with a lucrative principle behind it based around the concept of play-to-earn, player-owned ecosystems. The gaming world is very much leading this charge and predominantly in Asia where gamers compete and earn serious (or not so serious depending on your expectations) money.

You often hear this referred to as “GameFi”. This is where platforms work to turn regular users into decision makers. It is essentially a player-owned economy in the trading of NFTs (non-fungible tokens). Systems are implemented through governance tokens, which give the player the power to take part in the games’ development and fund allocation in a transparent system. The tokens derive their value from their usage in gameplay. Players can also receive a share of the game’s revenue.

This decentralised system has recently become popular in places like the Philippines, where normal people begin to live off the play-to-earn model. Ordinary folk earn between $200 and $1,000 per month or even more.

“Traditionally, businesses have developed through pay-to-play structures with revenue being brought in from players buying games as well as making in-game purchases.”

Similarly, there is a simple game called Tezotopia where you can buy parcels of virtual land that is currently generating 30% pa based on the latest pricing and you don’t have to be active to get this. You just have to enter the game and sit still. You don’t even have to be an active participant. So you can quickly see the appeal for ordinary people and why they are looking at the space for not only speculative reasons but also as a genuine earning and investment opportunity.

Let’s also look at how this is flipping many business models. Traditionally, businesses have developed through pay-to-play structures with revenue being brought in from players buying games as well as making in-game purchases. With play-to-earn, gamers participate in the development of games, earning money simply through playing them.

The point here is that traditionally a company such as EA Sports will keep 95% of profits and distribute 5% to shareholders, whereas crypto’s ‘play-to-earn’ might retain 5% of their profits and distribute 95% to players and the community. In my view we are at the very beginning of this new world where people can earn, build wealth, and participate in online digital communities and economies.

To create earning potential you need assets to buy and sell – virtual assets. A common mistake is to dismiss a virtual asset as a gimmick. Younger generations put just as much value on the trainers that their avatar wears in a game as they do on the trainers they wear in public. After all it’s all about showing off to your friends and if your peer group are gamers then why not create that status within a game they are all playing? Kudos is kudos wherever you get it…

Additionally, the latest Damien Hirst experiment where he produced and sold 10,000 digital prints and at 3pm BST July 27th 2022, owners have the choice of retaining their numbered print in either digital or physical form – he will destroy the other version – promoting the question of which will trade at the higher price – the digital or physical print?? We shall see. I think we will be surprised at where this all settles. The point here is that we must accept that digital ownership now has meaning in society.

All of these digital assets are based on blockchain technology and often expressed as NFTs. NFTs can be anything from avatars in pixels (CryptoPunks, Meebits) to footage of infamous NBA basketball moments (NBA Top Shots) or Cristiano Ronaldo’s first goal (RealFevr). They are comprised of unique code that gives them rarity and value. It is important to remember that NFTs generate rewards of in-game cryptocurrency tokens which can easily be moved to exchanges and sold for other tokens such as Bitcoin, Ethereum or fiat currencies such as the dollar or pound. It’s really not as hard as you imagine playing, trading and converting back to a currency of your choice. Ten minutes on YouTube will show you.

Many metaverses even have their own specific cryptocurrency tokens tied to them, which are available to purchase on crypto exchanges. In the same way you can buy a share in Tesla, BP or Unilever on a traditional trading platform.  It’s very easy and there are multiple metaverses all connecting with each other and running seamlessly at the same time. A prime example of how this is growing is Axie Infinity, the world’s most popular blockchain-using metaverse, which issues its own AXS tokens which reached a $9 billion valuation in late September with two million monthly users.

“You will see sponsors whose aim is to educate people on how crypto works, some who are just creating brand awareness, but whatever the reason the numbers are serious.”

Axie’s growth is off the chart. It generated $800k in revenue in the whole of 2020. In just the month of August 2021, it has generated $364.4 million in revenue. You don’t need to be a mathematician to understand this is a serious rate of growth and this is just one example of how blockchain networks and virtual worlds are creating real-world value.

So where is all the money coming from and who is investing and is money coming into sport? Well the answer is yes. Here are some examples of real-world funds and sponsorship deals that have taken place that are affecting the metaverse.

This is fascinating as we have to remember that no one is actually able to own the metaverse, yet huge, credible companies are willing to commit capital:

These are some very strong trends that have thrived and accelerated during the pandemic. You will see sponsors whose aim is to educate people on how crypto works, some who are just creating brand awareness, but whatever the reason the numbers are serious. Alongside this, bigger, institutional players will improve the quality of these games, as Japanese video gaming company Taito has taken an interest in NFT gaming, and Atari, pioneers of the gaming industry, is now getting into NFTs with Atari Blockchain.

Some predictions put the metaverse at a $250bn (£183.8bn) to $300bn market cap by 2025 which means it is attracting the attention of the biggest corporates in the technology industry. This is hugely relevant to us not only societally but because we know that the gaming world is leading this charge and now intersects directly into the sports world – we need to pay attention. These are huge financial numbers, and this will create change. It is too big not to. Sport is evolving and the businesses that thrive in its ecosystem are changing. Blockchain will be integrated into many aspects of our everyday world and sport will be similarly impacted.

The trick is not to worry about understanding the underlying technology or how it works. I don’t know how the internet or email work – but I do know how it changes my life. So instead, we only need to understand how it will impact the sport industry as the rise in popularity of the blockchain and the metaverse is happening and we all have a choice to make in whether we want to engage or let others engage.

“You may find the idea of virtual money trees having an impact on sport rather ridiculous, but I would encourage you to embrace the unbelievable nature of it and accept that it is real.”

An Esports Olympics anyone? Change is already coming with the announcement of the Futurous Games in Russia 2023. I think it’s a brilliant concept and I’m excited by this despite admitting I don’t quite understand what it will end up looking like.

You may find the idea of virtual money trees having an impact on sport rather ridiculous, but I would encourage you to embrace the unbelievable nature of it and accept that it is real. The metaverse changes gaming which, in turn, changes Esports, which will then impact sport and the way we consume and play it.

For other interesting articles written by genuine experts then please see How to use NFTs and NFT basics.