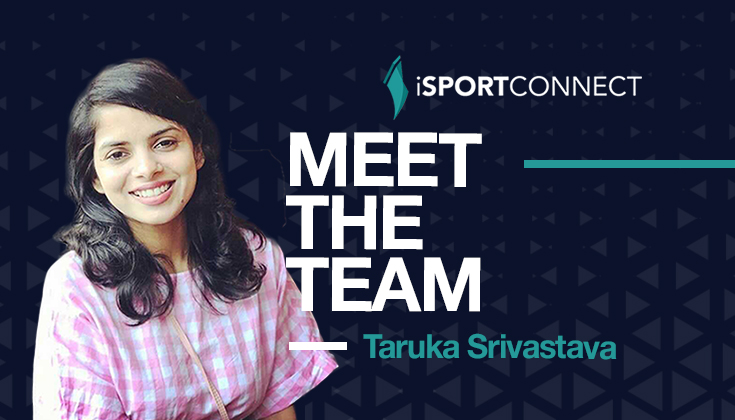 Taruka Srivastav talks to a number of sporting executives in order to get their thoughts on how brands can still benefit positively from an Olympics without fans in attendance.

Before the Tokyo Olympics kicked off, a Kyodo News survey found around 80 per cent of Japanese people wanted the Olympic and Paralympic Games in Tokyo to be cancelled or postponed.

To make matters worse, a COVID-19 state of emergency in Japan meant that this year’s Olympic Games were to have no domestic or foreign spectators.

The decision taken to assure the safety of the citizens and athletes had a major side effect on the brands associated with the tournament. More than 60 Japanese corporate sponsors are paying a record $3 billion to associate their products with an event that is normally popular and widely watched.

“Sponsors need to be very careful they fall on the right side of history, and they can’t trust rights holders to make that decision for them.”

The survey and no spectators lead to Toyota Motor Corp, a top corporate sponsor for the 2020 Tokyo Olympics deciding to pull all of its Olympics-related TV commercials in Japan. Electronics giant Panasonic, also a sponsor, moved in a similar fashion as its CEO did not attend the Games’ kick-off. They were joined by more Telecom and IT firms NTT, NEC and Fujitsu who announced similar plans for their executives.

To find out how, with no spectators allowed, brands can still have maximum engagement with fans for Tokyo 2020 I spoke with Matt Readman, Chief Strategy Officer at Dark Horses who said: “Sponsors need to be very careful they fall on the right side of history, and they can’t trust rights holders to make that decision for them. I am a huge advocate of the International Olympic Committee and a believer in the Games. But we have seen several examples in the last year of how right holders’ judgement can be out of touch with that of society. In their desperation to recoup lost earnings and protect their sports many are making questionable moral judgements.

“With all that doom and gloom out of the way, there is still a phenomenal opportunity if sponsors play it right. Earlier this year I argued that nothing signifies the incredible resilience and determination of humanity than the Olympic Games. I still believe that to be the case. It is a festival of hope that celebrates what is possible and what the human race can achieve. Brands that can capture that spirit and focus on the future can still make amazing work.”

Meanwhile, according to Roger Breum, Director of Marketing for Hookit, “CMOs of the biggest brands, especially Olympic TOP partners, are realizing that social media gives brands a bigger, more real-time and measurable platform than ever before to reach and engage fans and their target consumers via partners such as athletes and sports organizations, who, in some cases, have massive followings.”

Social media has enabled 50 billion direct connections between fans, brands, and sports properties. For example, the 2021 X Games also had limited fans, but the social reach of the athletes and event itself was over 11M fans across social media. The combined social followers of the athletes, NOCs, & federations for this year’s Olympics number north of 2.5 Billion.

“In just the first 3 days of the Tokyo games, there were 2000+ branded posts generating well over $1M in sponsorship value AAV.”

He concludes, “Of course, brands can and will run TV ads, but the scale of reach and fan engagement that can happen on social media eclipses that of any other media platform. In just the first 3 days of the Tokyo games, there have been 2k+ branded posts generating well over $1M in sponsorship value AAV. With no fans in the stadiums, now more than ever, brands must leverage social media and data to evolve their sponsorships.”

The IOC however has gone ahead with the unprecedented broadcast coverage and digital innovation to connect fans around the world. In Japan, TV coverage of Tokyo 2020 is expected to be around double that of Rio 2016. In the USA, NBCUniversal will air more than 7,000 hours of coverage across TV and digital platforms – a US Olympic record. Across Europe, Discovery Eurosport will air up to 4,000 hours of coverage on its TV and digital platform. This unprecedented level of content will be available in 48 territories.

Andrew Georgiou, President of Sports, Discovery affirms: “One of the biggest strengths we bring to the IOC is a massively engaged fanbase, I think we have about 113 million sports fans per month that engage with Discovery Sport in some way on our platforms.

“There’s also a point that the local markets have got to engage well in order to try to create some of that feeling of a connection between the home fans who can’t travel and their team halfway around the world, so it’s partly digital platforms but it’s also partly a way that the content will be created in the markets trying to engage with fans.”

Scott Young, Senior VP of Content and Production, Discovery Sports agrees that one of the challenges is that COVID has restricted access to the athletes which makes fan engagement even more difficult.

He goes on, “We have created a virtual fan engagement site where you can actually upload messages to your favourite team or athlete, and those messages will be seen as part of some of the broadcasts and sent back as part of the Olympic coverage. We can also capture some of those messages and embed those through our own digital product as well so there’s got to be a very unique aspect of fan engagement that has been brought around by COVID.”

“With the Olympics, there’s almost sort of layer of two Olympic marketing. One is the activity that happens in the host market. So in Japan, then you have big global campaigns that will run across markets. And then you also have specific activations and campaigns connected to each Olympic Committee, in domestic markets around the world.”

Joel Seymour-Hyde, Managing Director of Octagon UK believes that in the case of Tokyo it has definitely been challenging but the Olympics as a marketing platform will still maintain its aura and its positive benefits.

“Compare it to Brazil or London 2012 to 2016 and 2012, we have had a lot of big national brands, who were very present in their campaigns to support the games and sports team. That piece has definitely been difficult.”

He continues, “And there’s different political pressures because you unfortunately, have a challenging situation which made it probably more difficult for big national Japanese brands to be as active as they would have normally been. So you compare it to Rio 2016 or London 2012, we have had a lot of big national brands, who were very  present in their campaigns to support the games and sports team. That piece has definitely been difficult. However, once you get outside of that specific Tokyo issue, I think the ability and opportunity for brands to create fan engagement has kind of been very consistent with previous games.

“And it’s been a massive opportunity. Because ultimately, the key thing about the Olympics, when you’re watching, as a fan around the world, especially this time round as you can’t be there is the athlete stories, whether you’re a brand that sponsors the games as a whole or Team GB or US Olympic Committee, or you’re a brand that sponsors an individual athlete, every day there are  stories to celebrate, to talk about to share to build stories and content.”